Some help for a newbi 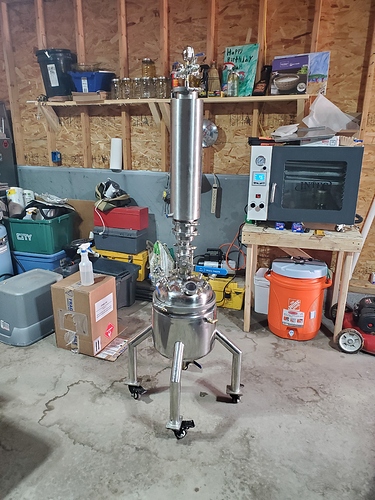 20200408_1407283024×4032 2.55 MB
Good morning. My first post. Little background. I have been a Certified Executive Chef for over 30 years and for the past 10 I have been a caregiver/patient in Michigan ( but have grown since 1986) Years back I was diagnosed with a rare blood disorder so decided to take my health into my own hands. My specialty is of course working with the food end but I love concentrates, even to this day I still do a reduction for my RSO ( wasteful old school method) but a rotovap is in my near future. Like most people, I started with an open blow system and lots of experimenting but in the last 6 months, I moved to a “Frankenstein” system with Nitro assist (the words used by my BVV rep) with so many ups and downs its horrible. When I started I knew ZERO and 6 months later I don’t yet feel as if I have a real firm grip on the process because every time I figure something else out something else happens to push me back. In the beginning, we were using room temp butane and doing everything WRONG, we got lots of advice from people that seemed to be just putting us down the wrong paths needless to say its been a rough start.
So at least we got to a point where its no longer a sticky mess at 75 degrees and can handle and touch it. It’s no longer BLACK so that’s a bonus.
In the beginning, I was told to soak for 15 minutes drop it and soak for another 15 and done. Months later I’m speaking with someone who did this for a living for years who now works for a company dealing with equipment and he said 120 seconds. That’s a huge difference. Again I can’t stress the green enough, until my talk with him I did not know there was a formula for the amount of tane used and we would fill our tube twice and soak for 15 min each time and dump! GOOD LORD. I can’t even begin to imagine the waste I have made in the past 6 months and what viable product I have tossed! So I have run into yet another problem. I tried the 120-second method and when that timer went off we opened that ball valve to a drip we ended up having to push it out with nitro and lost vac (assuming) because we could not get any tane to refill the column. So roughly 4lbs at best went through it. I’m beginning to think I may have made a mistake because at this point its either fricking small and perfect and wasteful or a large run and complete crap. It seems the colder I make my column and equipment the better the chances are I’m not going to have a good run on weight ( like at least half) Any help would be beyond appreciated at this point
Last thing is my partner just got us a diamond miner from BVV. I was against the idea as we have not gotten shatter down as of yet and everything I have read over the months says we could have used mason jars and saved 200.00, but my partner assures me that since we don’t have an extra oven and we use nitro it’s our best option. So we received a very small diamond miner ( 250 grams) the other day with ZERO instructions on use. Pffff. I know they need to be held at 90 degrees and we don’t have an extra oven so I bought a Kambocha heater to wrap it in as they can go as high as 120 degrees. So I have this miner with a heater on the way and nothing on the net showing or explaining how to use a nitro diamond miner. I’m losing my mind people but know this with everything I said. The stuff we have made that is close to perfect is the best product in 75 miles in any direction from where I live, granted I live in rural mi but just knowing that has been enough to keep me going and trying to finally have a day where everything just works out, it’s been 6 months we really need one for those days. Thanks for taking the time to read my morning rant and if you can give any ideas of what I’m doing wrong I would be forever grateful. 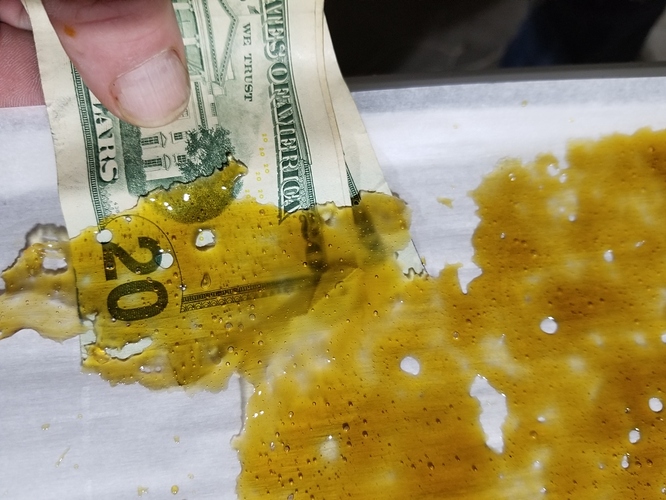 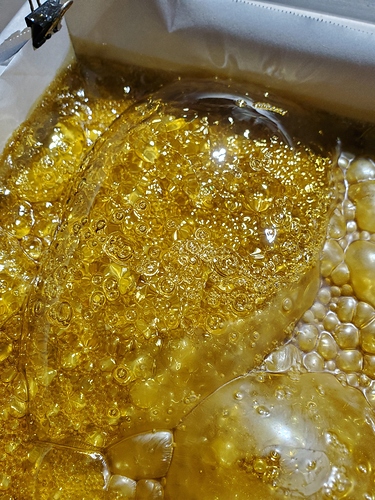 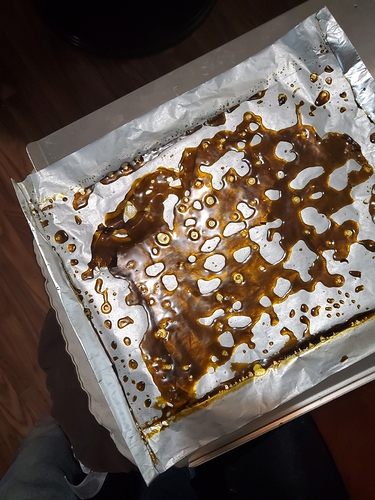 Hello again everyone. Must say the support, and love on this board is amazing! Great group of people! Need help with using my diamond miner correctly. I ran my first batch through my new 1lb extractor with some help from a few people from here. Now I got my diamond miner it’s pretty big, and just wondering do i treat it just like a jar? Evaporate until 1/3 left of butane then through into the diamond miner and into the freezer for cryo? Since the miner seems to hold alot can you fill it…

The search engine works wonders here. How is your starting material? That looks like it was 2yr old trim, that got blasted through pvc in 2012.

Stay with it… perseverance is key. I started digging in on the process about 18 months before I actually pull the trigger on a machine. There is so much misinformation on the internet it is hard to tell real from memorex. I have only made about 25 runs with that machine but I am now getting consistent results and patients are 100% satisfied. I have also been thinking about getting a miner but it will take me another 6 months of studying before I get serious. 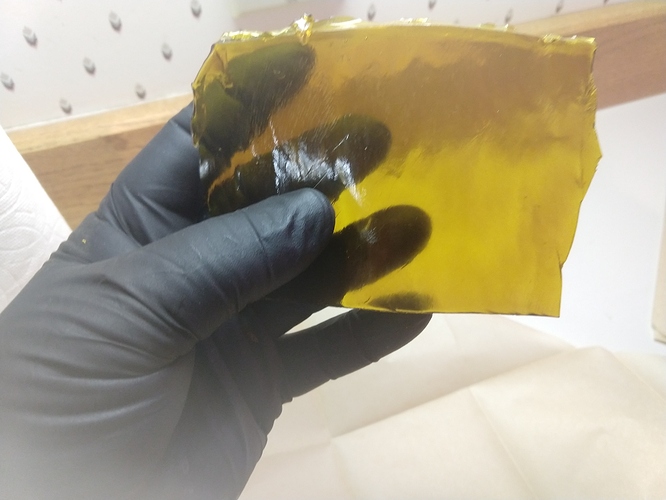 Where at in Michigan? DM me

I did about 45 minutes of searching without any luck . Thanks for the kind words

I dunno why everyone thinks it’s so hard… Pour your extract into the miner, let evap until desired consistency, runny honey, cap, wait until crystallization is done…

Its very fusturating to say the least at this point. I have learned so much and I cant tell you how much I appicate the guys I work with letting me burn through as much of their product as I did. At this point Im consistant and making nice stable shatter but like I said all of a sudden it just seems to have locked up. After one drop she does not take another drop of solvant. As this is the second fourm I have ever been involved with Im not as savoy as one should be trying to research, so up to this point have relied on other people through other caregivers or the net and I found niether to be a good source of information without the knowledge of weeding out the BS.

I think if it was that easy everyone would do it and there would be no need for miners. Dont knock your skills its not as easy for some. Im sure I could figure it out but I really like to understand something before I just do it. Ratios, holding temp etc…

If you want better advice on forums, I’d recommend not writing a wall of text.

I see your asking for tips to improve your product, I’d suggest making a list of your steps, start to finish, and make it easy to read.

You’re never gonna do it then, a lot of this is just trial and error.

Ratios for instance, you just have to find out yourself, all starting material is gonna behave differently.

If you want to learn more about crystallization, no joke, start at making rock candy. It’s all super solutions.

I absolutely recommend cleaning it up and making a easy to read bullet point post or something. You’d be amazed at how much this community will teach if people make it easy to do so.

As for my .02 cents, you need to get everything as cold as you can. Dry ice cold if possible, the warmer your solvents are, the more undesirables you’ll pull in your extract, and that can lead to a darker product.

Yeah man, it’s taken me a year, and I just ordered my first machine Friday

I have everything cold. We make our own dry ice as again Im very rural.
Out column temps out at -50ish
Our collection basin (jacketed) cant get any colder than 32 without say running glycol
So after a 160 sec soak we drop and little to nothing with come out.
Never had this problem until we started frezzing solvant , since then we just lock up. Everything has to be pushed with Nitro and we loose our vac.

Everything has to be pushed with Nitro and we loose our vac.

The push with nitro is expected when you’re working with solvent that cold, there’s no vapor pressure from the solvent.

But the leaking seals, you probably have loose clamps. I pull vac on my chambers, then re tighten everything.

Do you have high pressure clamps, or just the single pins?

To add onto the loose clamps point, once your system is at its lowest temperature thanks to cold solvent, tighten clamps again. Has solved leaks with cryo systems I’ve used.

I should have added this as well, cold definitely shrinks things and stuff needs snugged up.

Thank both of you for replying.
I use high-pressure clamps as pictured above. As we are pulling vac, we are continuously checking the clamps.

We have a good amount of back-ups ( nuts/bolts/gaskets) so again with these, we are checking and making sure there nothing is damaged on the daily.

Im sure we will figure it out its just beyond frustrating.

Thank everyone for their advice and I will keep you posted on the fixes and some pics.