How exactly was this 32Kw measured? Is there third-party confirmation?

There are a few ways this can be done. For one, we took the inlet temperature, outlet temperature, volume moved, and the density of what was moved. This calculation comes in around 32kw on the Behemoth: 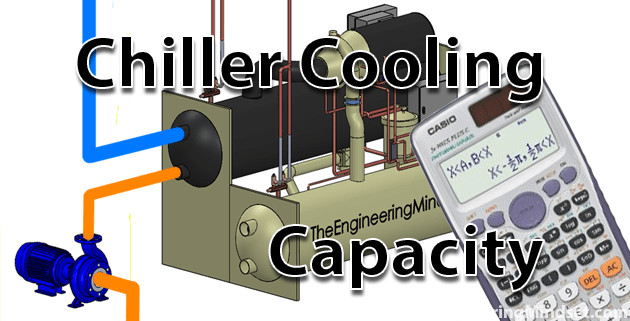 Chiller Cooling Capacity - How to calculate - The Engineering Mindset

How to calculate the cooling capacity of a chiller. Chillers provide chilled water which is then used to provide air conditioning within buildings. The amount of cooling they produce varies and it’s important to know how much cooling a chiller is...

But you could also use the volume of solvent in the system and how long it took to get to a set temperature… In this case we are looking at the amount of heat removed from the solvent in Kj/Kg and converting to Kw:

how do I convert KJ/Kg to Kw?

The part about low power consumption sounds cool, if true, but I’m surprised no one has asked the all important question: What is the price for the system?

The baseline price is under $100k for both sizes of our thermal control system and is included in the price with our extraction systems. We did not up-charge for the tech.

Of all the massive companies with leading scientists working on the topic of efficient refrigeration out there in the world, I’m not saying it’s impossible for you to have cracked the nut, but I’m very highly skeptical.

Yeah, it was not something I expected to work but tried it anyhow. I can see how it has been overlooked so long, in theory it shouldn’t work (so why try?), but in fact there is a way. Patent Pending.

Whenever I see you post anything about your WFE I immediately think of this gem of a comment from several months ago. I’m still waiting on more explanation about how you think your WFE has more surface area and is “more efficient” than a FFE. You can’t just say stuff like this and then try to let it get swept under the rug and move on to the next claim.

Also, why is a WFE better at removing volatiles (we’re talking butane/propane during recovery) over a FFE? Please explain.

It is likely the most simple thing to understand. Ever use a short path? Perhaps a lighter on a cold day? Upon shaking the lighter more liquid hits the wall thereby creating more vapor, no different than the stirbar in a spd, upon increasing the speed, more vapors are generated due to the physical action within the system. Without the use of additional physical surface area, more vapor is generated from the minimal surface area touching more liquid.

Why the WFE is better is easy, crude is a thick viscous product that can be easily damaged by heat (decarb). The very moment solvent with crude enters our GD1, it begins to thicken rapidly. The use of a WFE enables a shorter recovery distance with a lower solvent retention than a FFE. Not to mention cleaning clogged tubes is no fun and you might not ever know its clogged because the liquid will take the path of least resistance around it.

Anyone with any real lab experience who has used various forms of recovery knows the WFE is by far the fastest method when properly sized. More solvent is recovered with less residence time than FFE’s.

Or even better, why don’t you explain the infamous HPHE (High pressure hydrocarbon extraction) method you have patented and trademarked as well? Or is that more marketing BS? I don’t even see it mentioned in this post for your class. Come to think about it I don’t hear it mentioned anywhere. It seems like you pumped that idea heavily years ago and then just let it die quietly. Let me guess why…

It is alive and well - a standard part of our operating procedure and will always be a part of our procedure. HPHE™ helps to defeat solvent channeling by forcing solvent into all reaches of the column. Due to HPHE™ we increase the solubility of terpenes and other volatile molecules. With HPHE™ we have zero need for atomization devices as our solvent is self-atomized to the fullest extent. Thanks to HPHE™, we have reduced the amount of consumables needed to run our system; no wasteful nitrogen has ever been purchased by any of our clients ever. Our HPHE™ pending patent tech also solves many other problems experienced in the industry, including MAQ limits.

The class is more focused on our refrigeration tech than the other stuff but it will all be discussed in great detail then.

Look, I don’t know what you’ve got but I do know you have a history of making BS marketing claims so I’m highly skeptical.

Simply by saying our marketing claims are BS doesn’t make it so… We have never once lied about our systems and what they can do. Everything we say it can do it does do. Just did a case study on our TCS.

The entire “consultant” and “education” business in cannabis stinks to high heaven IMO. Approach with caution.

What stinks the most is the amount of misinformation people believe themselves then try to push on others. We have had multiple of these back-and-forth’s and you always go silent after I respond then you pop up on a new post a couple months later screaming the same thing all over again. Shall we discuss superheat some more?

I can back everything up with math and proof of it working. We have multiple units in operation across the country. Some running cannabis, others running hemp. Our Behemoth model’s have each extracted over 100k lbs of bio. There are multiple Behemoths in operation. The tech is real & what I say is true.

This is the primary reason for the class, to simply prove our tech does in fact do everything we say it can do, but also to share with those interested our technologies, and how they help the operator with typical day to day challenges.

If you don’t believe us - then come see it for your self or shut up. These childish games are getting old.

I just wanna know the pressure zones. I have seen a cmep hit 300 psi on a clogged coil once. Will it heat the system and cool the system? Absolutely. Is it safe? Fucc if I know.

I wouldn’t advise doing it in a standard system. We use special columns that are rated for the conditions they will be experiencing. During the r&d phase I crushed plenty of columns.

We are certified to 350psi but have never taken it that high before. It is plenty hot enough well below that pressure.

All of our systems carry a 50 state PSI engineering peer review.

On another note, I really do love how the forum, which started based on open-sourced knowledge and spirit, has very quickly become used to advertise multiple different $1000 per seat per day “classes” to get “insider” knowledge. To top it off the classes are heralded as “great” and “exactly what we need”.

@Dred_pirate just taught a class entirely revolving around information that can be found for free here, on this forum.

Exactly what I was going to say
Almost all of the information is available for free, you just have to read everything and sort through what you want to keep and what not to…
Some people want it all in a neat package, others want to train their workers or whatever…

Plus tremendous amounts of trying before you fully get the results your after. Being fast tracked to better extracts is a huge value.

We are certified to 350psi but have never taken it that high before.

Curious how high you do take it. I’ve seen yield improvements from higher pressure soaks as well.

Fuck Yes Bro! Good for you!! The ancillary people are going to be pissed! But FUCK them!

Plus, ALL of those people were in production. Literally went home, and made your shit to sell under their label. Which is fucking righteous because you 're teaching the right things! Not just saying shit to sound cool, and bullshit everyone… I know you saw posts on IG, and everything!

There is nothing wrong at all with a Pirate sharing his Booty!

Throw me one. I’ll be in town. I’ll vouch

Shit I want a free one too! Lol I’m just going for the machine

Looking forward to this class and the after party. Each class is one day. Choose either Saturday or Sunday the 27th and 27th of February in San Diego where it is currently 70°F±10°. I didn’t look that up, it just always is the perfect temperature there.

You can attend the party without attending the class. $20 with dab bar. This is also the weekend right before the Emerald Conference. If anyone is going to be in town and wants to know more about the class or the part, touch base with @Waxplug1 or @Zack_illuminated

I wish I had the time to go. Was out there for years after college.

Everybody do yourselves a favor & hit up a few of these spots from my old neighborhood. (RIP Tiger!Tiger! which was their sister spot. Hit up BottleCraft or Clem’s for specialty brews to go or North Park is micro central.) 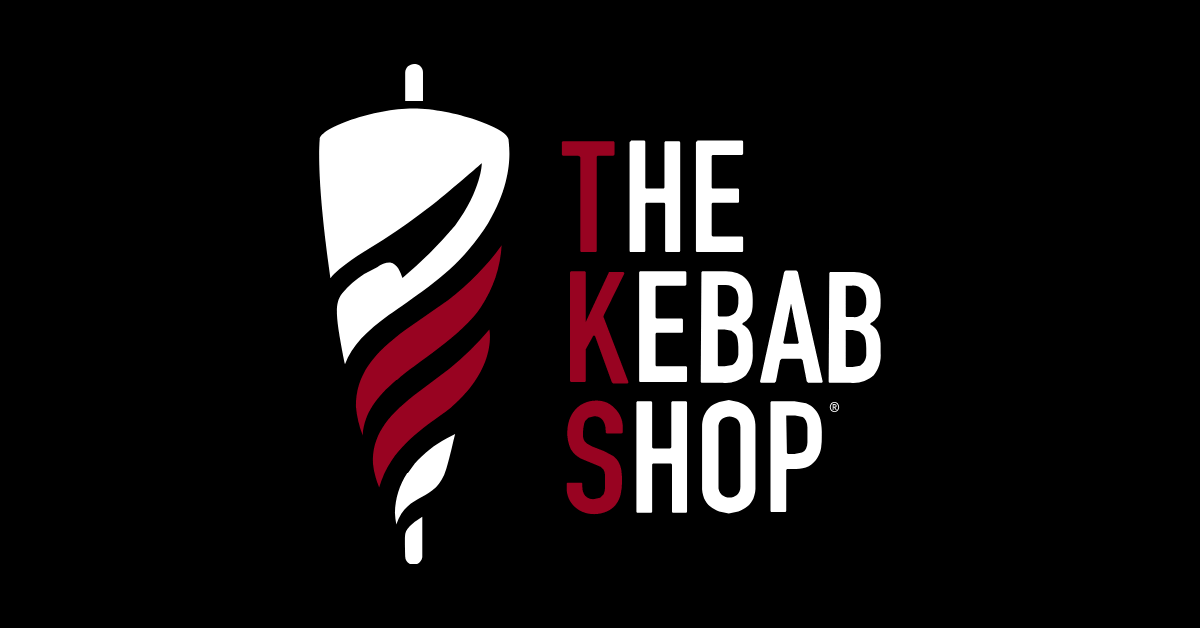 The Kebab Shop | Mediterranean For All | Serving California & Texas

Otherwise @Waxplug1, @TRIPPIE or @Joey760 have dropped plenty of spoons.

I’ll be in San Diego that weekend and will be coming by at least one of the days! Also looking to go to the Emerald Conference

Woot woot! Looking forward to you stopping by!

Nice! We were talking about you during the live. Can’t wait to see the pigment tracker in action.

Might have business down there end of the month. Where and when is the after party? Might stop in to kick it with y’all

Where and when is the after party? Might stop in to kick it with y’all

Link to tickets for class and party