How much should hash rosin cost?

I was just wondering what most people are paying for hash rosin on both the black market and rec market. At what point is it overpriced? I understand different cultivars have different yields I just mean in general. Thank you

I remember top shelf on rec being 60-80/g. There might have been 100/g stuff too, but, I would never buy it. This is for “6 star rosin” from known companies, you could find stuff for 30/g but it was kinda boof.

Lowest I’ve paid was like 25ish with tax for a gram of Elephant Extracts 90u banana punch rosin, highest I’ve seen is like 70 for Bo’s nose knows

Thank you for the responses, the best hash rosin I can find on the rec market right now is papa select and they are about 100 a gram. Luckily I do get it for a discount. Has anybody tried papa select here? Thoughts? What about 710 and field ? 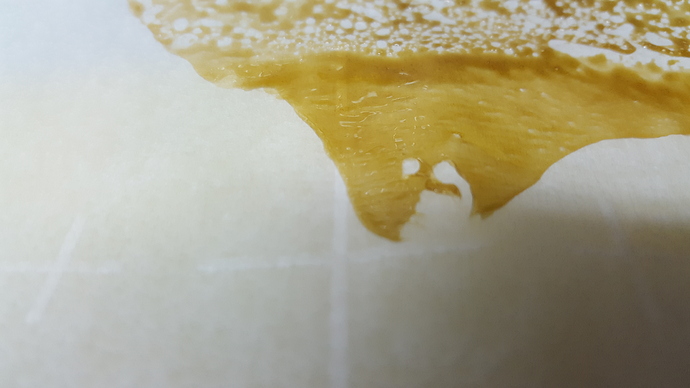 Geez. Heady rosin is expensive as fuck. I know blue river stuff is like $70-100 a g. What I’ve tried left a ton to be desired.

I’ve tried a few hash rosins that I thought were like deceit hydrocarbons extractions but I’ve yet to find a rosin extraction that I’d even put in my top 25 favorite extracts. Same can be said for alcohol hash. All the best extracts I’ve tried are from some form of hydrocarbons.

Kinda weird now that I think of it like that.

Anybody remember when he was selling terpenes with blue river for $125/.25ml?

Oh I remember the $300 a ml blue river days. They would dip their dabs in it. Lol. Wooks 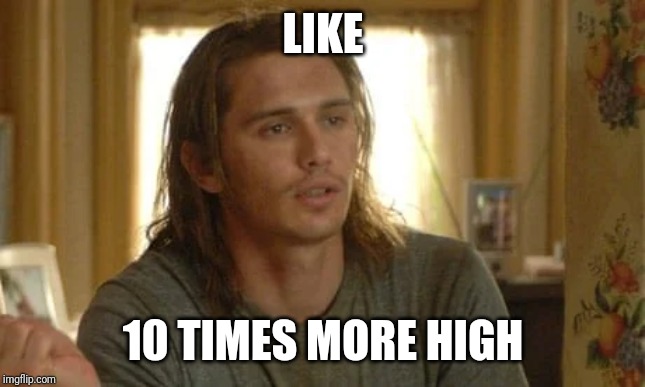 Rosin costs as much as people are willing to pay for it. Rosin is the “cage-free” eggs of extraction. You notice the difference but is it worth the price…?

It’s a great comparison because you can make it at home, there’s issues scaling up production, and it’s covered in little pieces of shit.

Edit: and it cost too much when you buy it from someone else.

“Covered in little pieces of shit”. I guess if you have a cat or dog roaming around your rosin press this could be true. This has to be about a 1/4 of squishers. 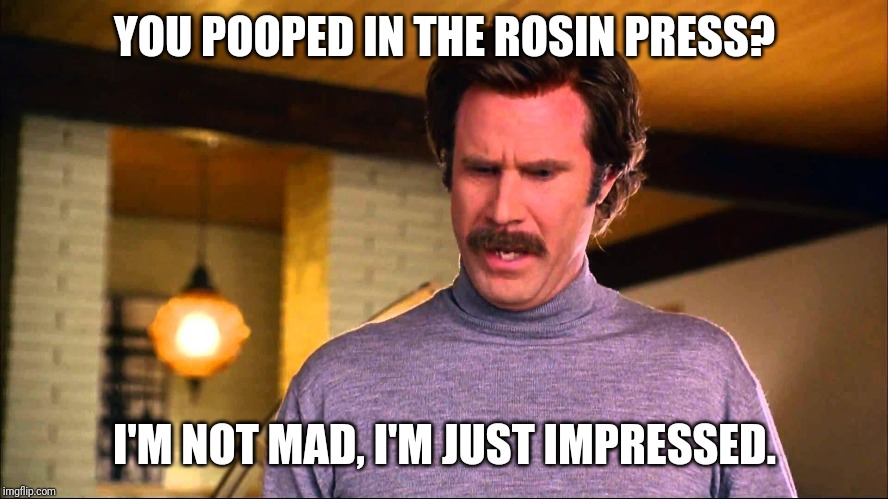 I had a buddy who wouldn’t budge on $20 a gram wholesale. Kinda funny when I’m only getting $5.60 at best for distillate and that takes waaaay more than putting in a bag and squashing it.

Yeah but, machines make distillate at 50+ litres a day. Rosin is basically restricted to small batches.

Making Rosin is for people who cannot afford hydrocarbon extractors.

Rosin costs as much as people are willing to pay for it. Rosin is the “cage-free” eggs of extraction. You notice the difference but is it worth the price…?

I wouldnt even say the prices is worth the product at all. Ive bought some $8 gram bho thats killed the absolute best hash rosin ive tried. Most of the BHO ive bought cost between $2-15 a gram depending on quanity and quality. Never have i had someone with hash rosin offer it at anywhere under $20 a gram straight up no matter how much i bought.

I know for a fact ive had stupid fire badder, diamonds, shatter, crumble all at $10 which could shit on 99% of the hash rosin ive seen.

This is why i kinda stay away from rosin. People think its worth more than it really is.

i have nothing against hash rosin or the people that smoke it. its just doesnt provide value for me as a consumer. that is it. Nothing personal.

Some people genuinely care about the solventless thing…

There’s a reason companies like 710 Labs and Soilgrown Solventless are still around and making rosin.