What does this even mean (laminar path)

I saw summit say he had laminar path? I’m not a chemical engineer, but I talked to my friend for a while about what this could possibly mean. What part of the process would that even refer to? And from what I have read and learned about laminar path is the following:

Did some napkin calculations and it seems highly unlikely he is talking about the actual distillation. I don’t doubt he is just lying yet another time. “Laminar Path” makes it sound like sticking “quantum” in front of some other word to sound more intelligent.

I talked to photon noir about it and he said that the use of laminar is a sales gimmick. It is still referring to turbulent flow. He uses laminar to refer to hard pipe connection instead of hose, pretty much.

You can use a smoke bomb to see if the flow is turbulent or laminar. Maybe a fat bong hit would do the same? I could see why laminar flow would be better, and bigger straighter pipes would be more laminar.

I’ve been thinking about that terminology. It is half truth half sales gimmick. He really just means high vapor flow. It is somewhat laminar until it hits that Graham condenser thing, where it becomes turbulent. If you do the right setup the flow is laminar at certain points, you can actually observe this when the vapors are visible.

So in (my) conclusion, it just means “high flow rate” the way it is being used by Summit.

EDIT: The relevant question is: is there some kind of advantage to the “laminar flow setup”? Basically it would be an increased speed of boiling off vapors, and a better and more even vacuum depth. There is less stuff in the way for vapors to evacuate. 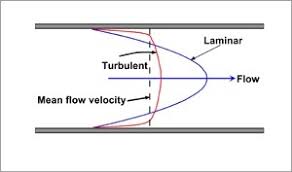 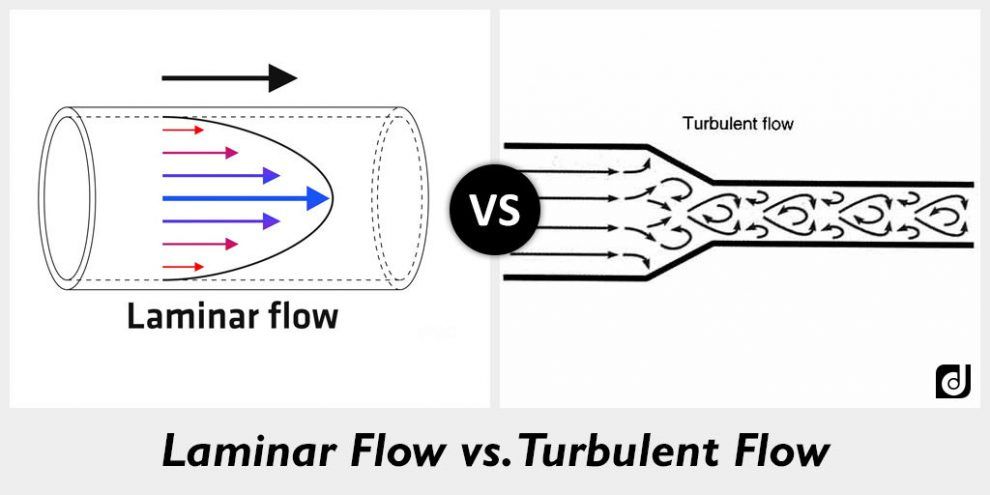 As a much younger man I earned a living of sorts as a flight instructor for airplanes and gliders. I have piloted many glider types several high performance types. When I taught this subject it was not from an engineer point of view but like below so it is not a real tech type explanation but it is reasonably accurate I suppose.

On most airplanes I flew like Cessna and Champ and older types they had virtually zero laminar flow. Some of those aircraft have fabric covered wings so the first stitch the air encountered then no more laminar flow because it gets tripped upwards. Laminar flow needs to be designed into the wing in a highly specific fashion. On the high performance gliders it is what they design. Especially with composite materials that can be made very smooth the wings can be designed then for the airflow to remain attached MUCH longer to the wing of a high performance glider. I believe the really spendy ones can achieve 100% laminar flow along portions of the craft during certain flight speed realms and by spendy I mean six figures and one seat and no engine… but those kind win world championships too

So laminar flow can dramatically impact drag but I am talking about wing flow dynamics in a very low speed flight realm. In fact laminar flow gets exponentially more difficult to maintain the faster you go. The worse case scenario is that once a surface is designed for laminar flow can no longer maintain that flow as laminar and attached then the drag becomes far worse than if designed for non laminar flow in the first place. In other words: the glider begins to drop pretty fast when this happens. Ain’t rainstorms a bitch lolz when you need that performance but the rain makes laminar flow just disappear?

This would apply I believe also to surfaces inside a pipe or column but it is beyond me how you could achieve laminar flow very far into a constricted space like a pipe. Laminar flow put simply is smooth flow of air over a surface. If the air runs into a rivet like on a wing it forces it upward and then not laminar. Same in a pipe methinks when it hits the first joint it detaches and no longer laminar. How could droplets of condensing vapor in a pipe not trip up the flow? In a glider you know because the altimeter starts to wind down rapidly from drag, a thingy called a variometer begins sounding very low tones, and if there is no place good to land then you poop. How would you even know inside a pipe??? No poop.

It’s why I vape out of a bag… no pipe. I better vape another bag and check it for drag…

Then I hit the swimming pool.

I do believe laminar flow in this case is somehow related to marketing poop. But how would I know?

Laminar flow means slow. It doesn’t mean high throughput of anything. Higher flow rates would increase the size of the numerator i.e. making it less and less laminar as speed increases. When talking about the vapor phase, basically all of the terms disfavor laminar flow. 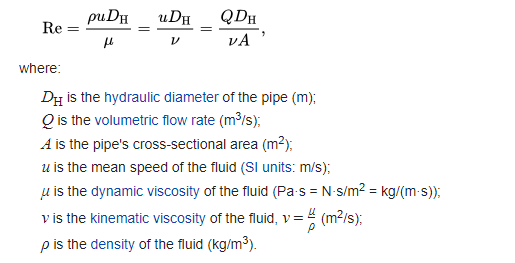 There is no shortage of summit gimmicks thats forsure

You can’t expect Summit to use correct vocabulary. Like 1/3 of the stuff he says is either flat out wrong, or at least partially incorrect. It’s not super complicated laminar flow just means without much turbulence ie flows in straight lines. The whole pathway is filled with coils, angles, joints of different sizes, etc. All these cause turbulence so long story short it’s a bunch of BS. In fact much of what comes from Summit is BS. You can ask him how fast his heads are. Gotta be up to 85L an hour at this point.

so that laminar flow equation is for a liquid. Would that carry over to gas phase?

I’m used to seeing laminar flow as described in a liquid matrix (polymer extrusion, reaction kinetics in a beaker) and like in the pic @Future posted if you go from a larger path to a smaller diameter you will get turbulence.

I had a guy telling me to read the summit site so I did. I came to the conclusion that I usually can’t understand what’s written. High level physicists do that to me too. Also crazy people.

I’m a chemist so I’m really not sure if I used the proper form. But gasses have values for all of those variable, so I used estimates based on compounds that weren’t cannabinoids.

I don’t think my math was that close, but I guess my point was exactly what you said. Without even doing math it is obviously turbulent through and through. He just doesn’t even know what the word laminar means, and it honestly tilts the shit out of me. The laminar flow setup he has uses a cold trap that CREATES turbulence. HELLO?! End rant.

The Reynolds equation posted above is valid for ALL fluids (liquid and vapor).

The best way to interpret it is to focus on the viscosity term, which is in the denominator. When you jump from liquid to vapor, the viscosity dramatically decreases—as viscosity decreases the Reynolds number increases.

The higher the Reynolds number, the more likely the flow is turbulent.

The whole thing is, unless this guy did very VERY detailed experimentation on the fluid dynamics and (if done correctly) used a $90,000 computational fluid dynamics software, I doubt he could tell you with assurance whether the flow is laminar or not, in what temperature and pressure ranges and in what compositions of vapor.

He did nothing except magic math.

I am a chemist too. I was even lazier than slooty and did no math

but once the Chem E jumped in i remembered that I actually learned this equation from a polymer Chem E instructor at OSU. It was the only class I took there and it was fun but I promptly file all equations under “there is a calculator for that”.

But I like the cooperative effort on calling bs.

I love this place!!!

Watch out summit! We are here to dispelle your claims!

pretty sure the idea is that your running your head hot enough that they flow past the first collection vessel and into a cold trap, while your heavier THC, which is mixed in, is deposited in that first vessel.

this is exactly what breaking.dabs does, its not a gimmick at all. maybe laminar is the wrong term but its no gimmick, its extremely high throughput

it may not be a gimmick but the explanation is often difficult to understand and misuse of terminology is a big part of that.

The hot condenser, full bore Tek is definitely viable. I’ve yet to hear anyone justify the nomenclature, however.

Out of curiosity do you have specs for goldleafs heads?