Didnt finsih the thread lol my b

@Batch You should look into growing your own. That way you have 100% control over what goes into your body. You have no idea what they’re sending you. I micro-dose. I have for about 2 years now. It’s much easier than growing cannabis in your home. Read up on PF Tek. It is difficult to find one who will ship the spores to California. It can be done. The equipment cost is very little. You don’t have to have any special light. If you could do one grow with 2-3 flushes, you would be set for weeks if not months. Just sayin’.

So I am seeing posts about mushrooms pop up more and more and I love it. From reading some of your guys’ experiences, I have become very interested in trying to grow some of my own. Not here to have someone explain the process to me by any means. Just wanted to see if there are any tips or advice that some of you more experienced fungi growers wouldn’t mind sharing with a beginner… Things that you wish you would’ve known when you started. I’m also really thinking about trying out microdosing.…

Plenty of info on this thread to start reading through to get started. Also a few people in there that will answer most questions you may have

Psilocybe subaeruginosa is a potent psychedelic mushroom from Australasia and New Zealand, which has psilocybin and psilocin as its main active compounds. First described in 1927 by Australian mycologist John Burton Cleland, it was previously placed in the section Cyanescens. Cyanescens has since been deprecated as a section and so Psilocybe subaeruginosa now falls under the section Semilanceatae.[better source needed] A 1992 study of comparative morphology, isozyme analysis and mating compat...

its nearly over for the season but next year if you ask I could maybe send you some spores.

though to make the transfer to clean spore your going to need to do quite a few agar plates
and really separate the contams out of the spore print.

they grow all through the forest around my state

I have been working on the APE genetic for a while now. Its very stable and imo an amazing study 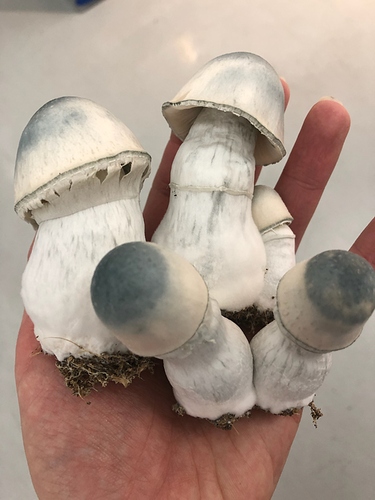 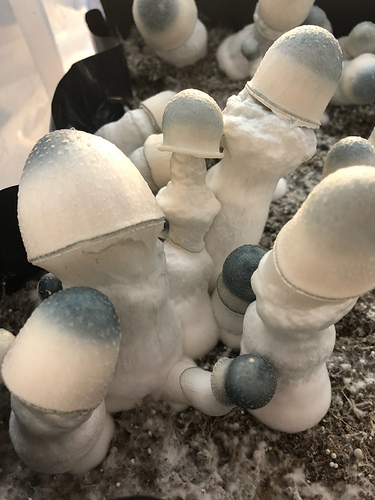 Top work! Would love to see the rhyzo on agar if you think about it next time. Ropes i would imagine

I’d love to see one too, in my mailbox.

I mean that would be cats meow, but personally I’m fascinated with agar work done well

I’d love to see one too, in my mailbox.

edit: in my mouth

they are very sexy shrooms indeed

id love to find a low dose gelcap supplier of these. always wanted to get into growing shrooms just never enough time.

they are very sexy shrooms indeed

If you have any extra slants send them my way

Yeah I’d love a print if you get them!.! They sounds beautiful.