Snow hash? Anyone seen this/ know how it's made?

Does anyone know how this is made? They call it snow hash apparently, it has the consistency similar to kinetic sand. Friend sent these pics from europe. 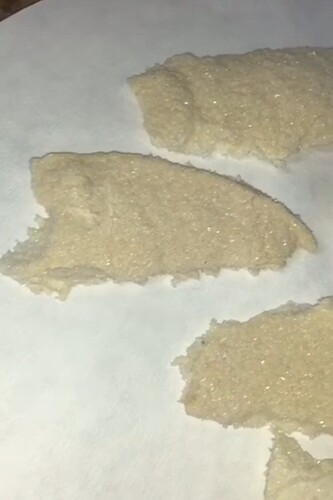 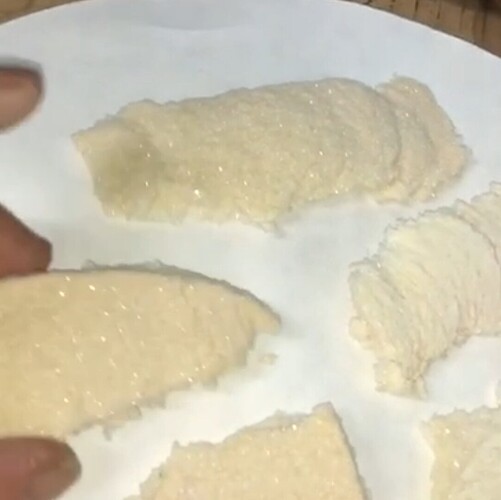 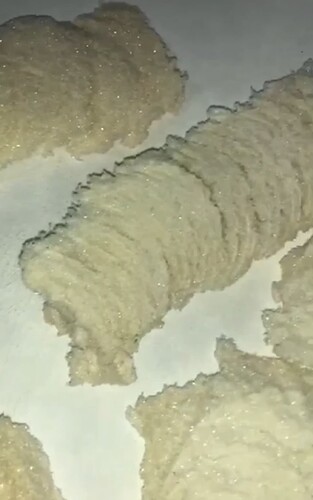 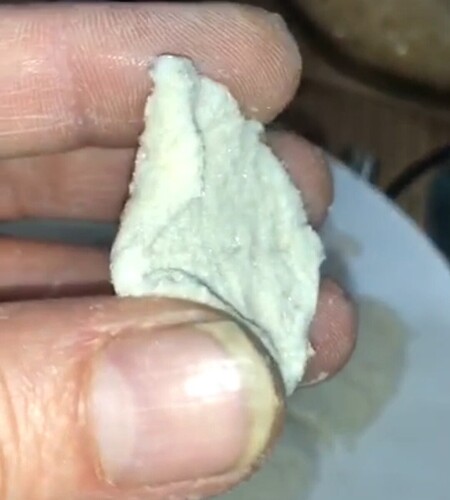 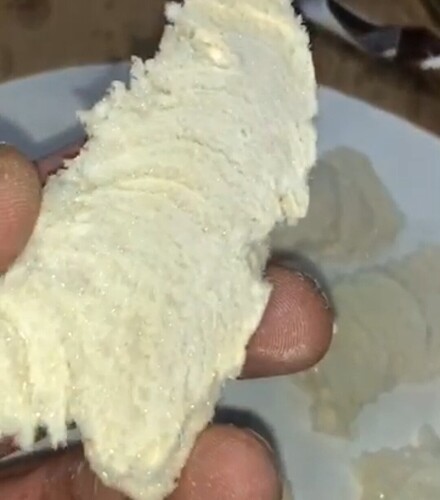 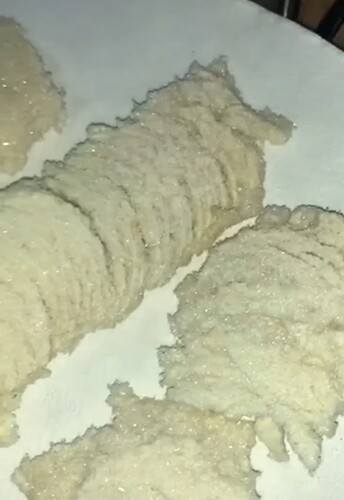 id call it what happens to my shatter when i do cotton candy but this is crc too so its white. It wouldnt transport well in that form. it needs further processing if only heat nobody dabs foam. IN SUMMARY= thats a euro product and not dank in USA. If you heat that to 90 f itll melt into champagne colored regular crc stuff. Im not saying its bad. but its not some fancy exotic think like a blue diamond LOL

it certainly has that look @_joe

residual solvent analysis would probably reveal that if it was true.

I’ve certainly heard spun sugar referred to as “kinetic sand”… and referred to it thusly myself.

Looks like a super critical CO2 pour to me.

Bubble out of a freeze dryer for sure.

Thanks for all the Input

Here is a better video that reveals a bit more.

I don’t think it’s bubble out of a freeze dryer just because of that video. Even if it was melting slightly and the dry trichs were sticking together he’d have significant chunks on his hand just from basic body heat. When i’m slow on the draw and take a tray out a little late and the freeze process is donezo they KIND OF stay like that but the issue is that the second it’s warmed up they melt damn near right on the source of the heat so with how he was handling that it would practically be a glove by then.

It looks damn cool though - I will say that for sure.

Crazy how sparkly it is

Check out the jar of diamonds in the background; likely related?

He says “diamond” show hash,needs a pair of gloves so you can’t we his finger prints​:eyes:

I’ve got something like this before by CRCing extract from old biomass.

its bubble hash. see the paper and cardboard its on…

EDIT: microplaned diamonds is another good guess. the color doesn’t match bubble hash but a few other clues point to that.

Have you ever been a part of the taped card board screen blocker club cause I was, Golden eye got serious on the 64

I was 1 out of 6 kids, there was absolutely no stopping the chaos