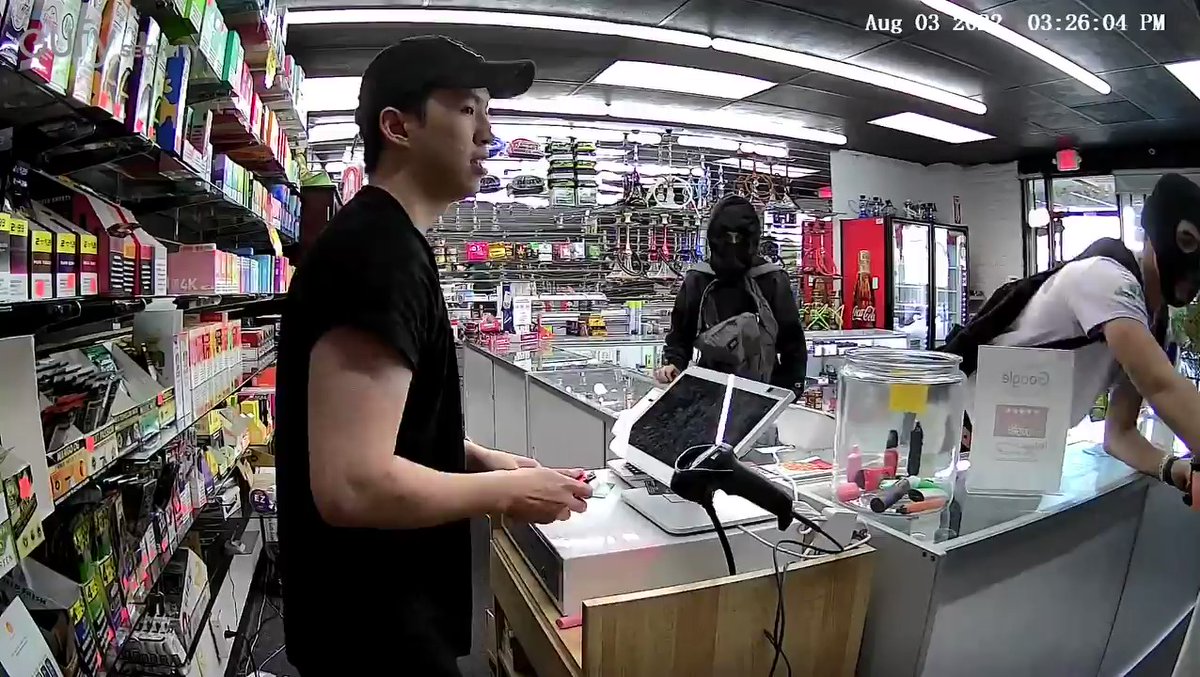 At approximately 3:30 p.m. on Tuesday, August 2nd, 2022, three male suspects entered a business with the intent to rob.

And the video of the incident- 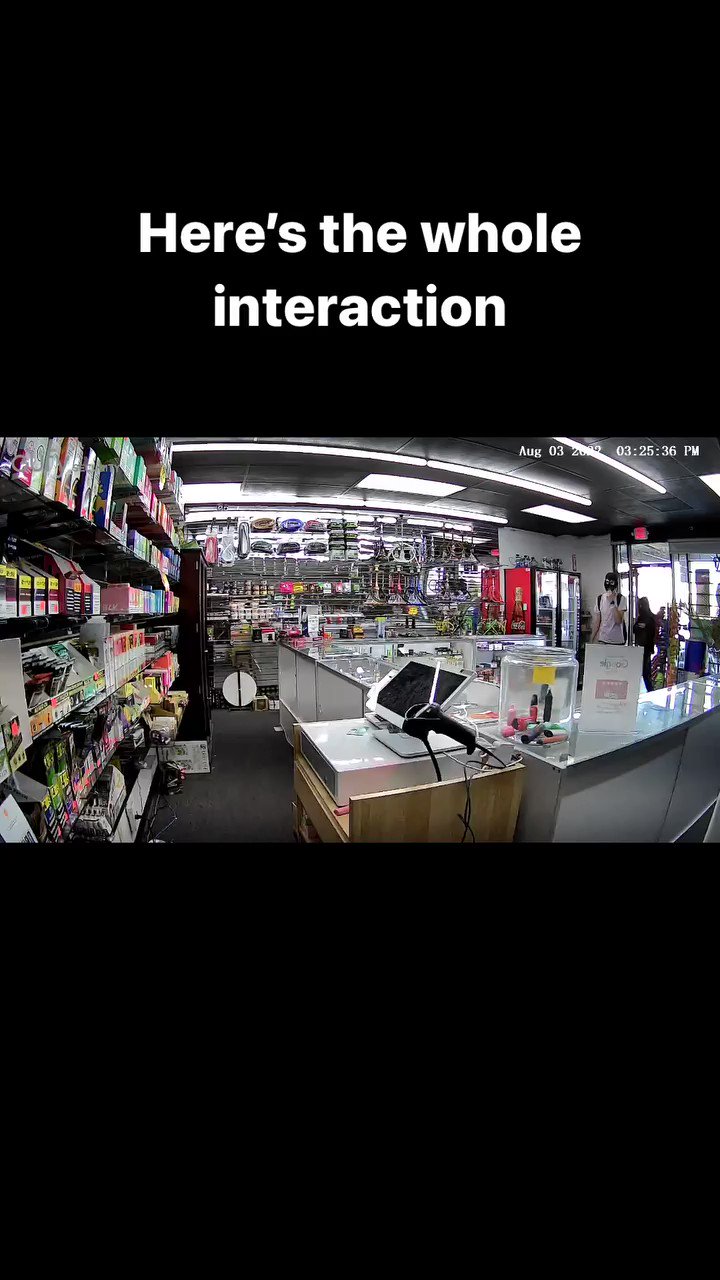 I really like it when the bad guy gets shot or stabbed on camera so we can all enjoy it. Play stupid games, win stupid prizes.

I’m all for second amendment rights and fully believe you should be able to protect yourself.

The dude that jumped the counter didn’t threaten him or pull a weapon or even really face toward the guy.

Should he have gotten his ass kicked? I think so. I don’t think that was an appropriate use of the right to defend oneself though.

Yea… a bit much. Dude went for the kill.

Went for the jugular at the end. No flinch and dragged him

Someone comes to your place of business tries robbing you jumps on the counter. are you going to wait for them to pull out a weapon before you defend yourself with deadly force?

But in all honesty if you come for me and what’s mine I will use extreme violence to defend and overwhelm you. Life is not a video game. A mistake in a potentially violent encounter will cost you your life. There is no respawn point. You will not hit a reset button and start over. Consequences are final and irreversible. I would much rather their family cry than mine. And I would rather be judged by 12 then carried by 6.

That little fuck deserved every last stab he received.

Gotta love the “I’m dead”, like yeah bro, you fucked up. Lol

He seemed trained, went for the torso to get the lungs then the legs for movement and jugular to put a period on it. Had a guy wacked out on sherm when i was a kid working at a smoke shop. Happen to be a slow day and my first time trying salvia divinoram and came outta the bathroom to him. Long story short didnt go that way but I definitely won and i was whomping like crazy for the 45 seconds before he went out the window.

The law only gives you the right to use reasonable force to protect yourself from harm, and hardly ever to protect property. He could face an attempted murder charge, aggravated battery at a minimum. This is an example of the law differing from most peoples’ commonly held moral values.

That would depends on what state you are in wouldn’t it!

I mean, the law in most of the United States is you can only use lethal force if lethal force is being threatened on you. The only exception to this is states with the castle doctrine which allows you to shoot first and ask later if someone breaks into your HOME in which case you have no duty to retreat or observe a threat.

That being said, I’ll repeat that I believe people have the right to defend themselves against actual threats. This situation is sad because more than likely the store owner felt scared and therefore influenced his decision to take the man’s life. But I couldn’t see how his life was in actual (not perceived) danger at that point. The other people were retreating and they also did not once threaten violence either from showing a weapon, expressing verbally a threat or moving toward the owner at all. Realistically what I see and what I think most people will see here is a man who felt fear but wasn’t threatened. Generally that would equate to manslaughter or similar opposed to murder 1 where there was intention although you could argue that he used very excessive force by stabbing the man so many times with an obvious intent to kill.

Now if the people who robbed the store brandished a knife or a gun at any point, there would be no question this is self defense. Even if more than one person was attacking it could be seen as defense.

That being said they looked more like scared kids to me that we’re doing something stupid. I’m wondering if that’s the reason they haven’t released the victims name.

The concepts behind self defense law were formed in merry Olde England, before there were any states.

Cops can always decline to bring charges, prosecutors too, but then comes the Civil suit for damages.

The only robbers who are going to jump the counter and behave the way they did are not ones who will be carrying deadly weapons or intent on using them. The clerk should have been able to read the situation, he wasn’t even threatened so this wasn’t self defense… Attempting to end a life over a bit of merchandise is unacceptable and he should be charged…

Would you have felt more at ease about what the clerk did if they found a gun in the kids pocket afterwards?

You have no right for the fruits of my labor.

Yeah he murdered the fuck outta that guy.

Beyond self defense when you got someone in a rear-naked and dragging their lifeless body to a different section of your store lmao.

Thats not reading into it lol that’s just making shit up. He stabbed that guy so many times he wasn’t going anywhere.