First up - an absolutely massive 350 kVA 3 phase reconnectable 12 wire generator. Currently wired for 480V service. Generator tag is MIA, but I believe that this may be an DFE or DFJ series generator that was manufactured early 70’s judging by the magneciter it was equipped with originally, which has since been replaced with a Power Tronics XC15 AVR less than a year ago. Generator side hour meter reads 4195.5 hours which works and I believe to be accurate and original. It’s a 12 wire reconnectable 3-phase generator head which is currently set up for high voltage wye 480V service, but easily changed to parallel low wye to get 208 or 240V 3 phase power. At some point before we bought it the generator’s original motor swapped out with an NT-855 Cummins turbo diesel, so I believe that actual engine hours are lower than the 4195.5 hours on the generator head. Engine starts right up from cold and runs great. We’ve had it for almost 2 years and bought it when it had just under 2000 hours runtime on it. We regularly ran a 200+ amp 480V load with no issues. Overtemp/low oil pressure shut down relay and wiring has been updated. I do have copies of Onan/Cummins and Power Tronics manuals that will be included with sale.

Mounted on an articulating twin duallie axle trailer with tires that hold air and a pintle hitch. Outside duals currently off to make transportation easier. Just replaced one of the wheel bearings on front of trailer. Can be towed at low speed by a 3/4 or 1 ton truck with a pintle hitch, if you need to go far with it I’d probably call Devoe Towing and have them move it for you. Batteries replaced early 2019. We were using this unit to make up the difference between what we could get from local grid power and what we needed to run our operation, but since we moved we no longer have use for this machine. Currently sitting in Garden City CO just south of Greeley. Will include PDF copies of some manuals and documentation I have. Asking $11000 OBO. Can accept wire transfer or cash. 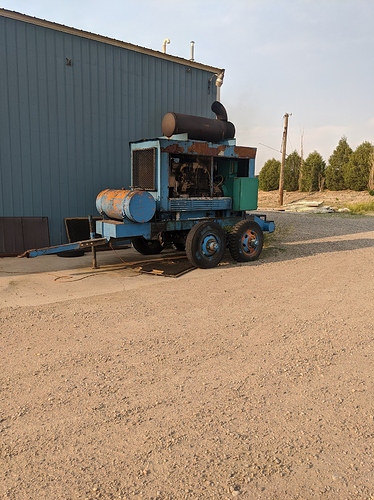 2x Huber Unistat 815’s - Upgraded to a larger chiller and no longer using these. 480/3/60V service. Can be seen under power in Kersey Colorado. Both have Control One interfaces. One of these had a PM service performed in June, the other the PM service has been prepaid but during PM service discovered the thermal fluid pump was going out, going to try and get Huber out to replace the pump shortly just hasn’t been at the top of my priorities since we haven’t been using that unit. Asking $31500 each or will discount some if you buy both. Can palletize and ship LTL for freight costs + $100 packaging fee. Payment via wire transfer, will not take chances on any sort of check. 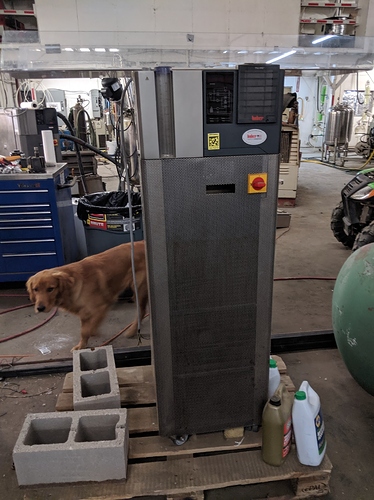 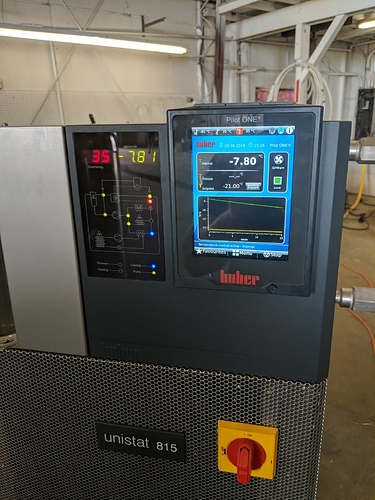 Stainless holding tanks - believe these are 150L, originally purchased from 710SNOB. Have 4 we can currently sell. Have 8" TC fitting top center and 2 1.5" TC fittings on top side for sight glasses. Bottom is round, has 1x 1.5" TC fitting. 3 legs with flat mounting pads that can accept standard rollers/casters.
Each will include heating/chilling coil with 4x 1.5" TC fittings on top, 2 for coil and 2 that go straight through. Asking $2800 ea OBO. Again, will discount for multiple purchased. These are currently in Kersey. Also can palletize and ship LTL for actual cost of freight + $50 packaging/palletizing fee. Can accept wire transfer, cash on pickup or Paypal (you pay the fee) 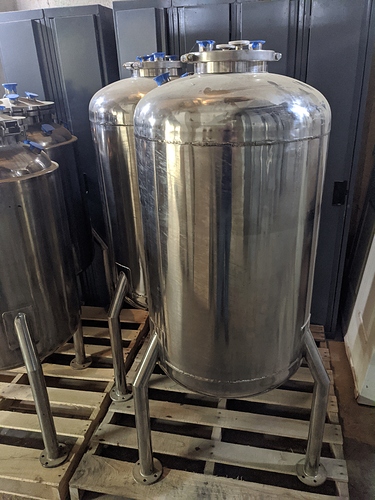 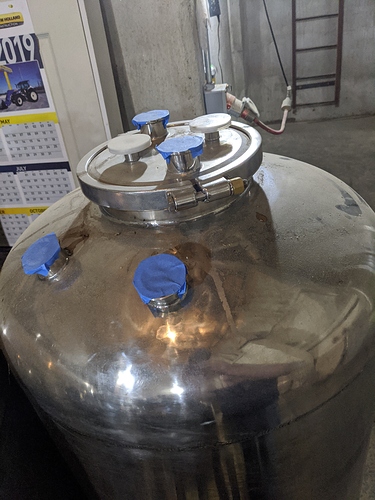 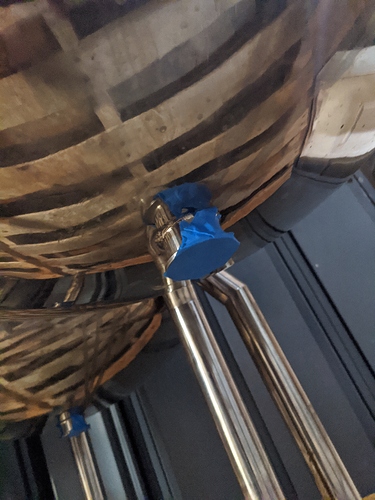 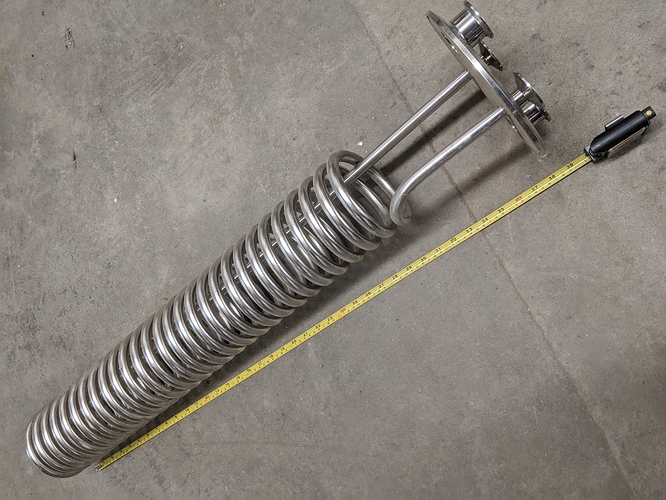 What’s the pressure rating on the tank

@DUMPSTERFIREOG I think they’re good for full vacuum and 100 PSI, we’ve had them under full vac but never needed to pressurize them, they don’t have a label and tbh I never got any supporting docs with them, I wasn’t the one who sourced them they came with some other equipment we received and we just don’t use them for anything

150L, they’re the ones pictured up above. If you need dimensions I can take measurements on them

@greenbuggy please reach out to me I can’t find the pm button. im interested in the Hubers

John bought one of the Huber Unistats, hoping to get a tech on site to replace the coolant pump on the second one here in the coming week.

Still have the hubers?

Still have the hubers?

Still have two, one sold last week. The one with the coolant pump issue is scheduled to be repaired early next week.

@GoldD Huber just finished up replacement on that coolant pump and finished PM on that Unistat, lmk if you’re still interested Kris 303-710-3480

Still have generator, 2 of the Huber’s (pump repaired and pm performed on one) and 3/4 of the stainless steel tanks @dandylion

@Dred_pirate where? We paid 43k + freight for these from BZB, I can show the original purchase invoice to prove it, but I’m certainly open to offers on them if new ones are really being sold for that cheap

@c1d1labs don’t you sell these for around that price?

And bizzy doesn’t give discounts on anything, that’s why.

@Dred_pirate That may very well be, I wasn’t the one who initially specified these out or sourced them, I was told (no idea if its true) that at the time BZB was offering the best price buying 3 of them at one time. It’s ended now but there was a BIN listing on eBay for a Unistat 815 at $35000 + freight in California, I figured $31500 OBO was more than fair by comparison. If someone offered me $29k for one today I’d certainly take that.