A little history and backstory here: As anybody who grew or smoked good Blueberry back in the 1990’s or early 2000’s can attest, the strain used to be amazing. Big, beautiful, frosty calyxes, purple and blue-tinted flower, perfect amount of fox-tailing, an effect unrivaled in its anxielytic effect, and an amazing blueberry aroma and taste earned it global fame.

Ironically, the strain’s early versions disappeared partially due to it’s popularity. Buyers eventually tired of constantly smoking blueberry, and growers moved on to other strains to satisfy the market, and in the middle of the strain’s rise, DJ Short, the creator of Blueberry and its family lines, began using new parental genetics to create his seeds around 1998, changing the quality of the flower. Many say that the old genetics are gone, never to return, except for rare cuts held close over the years, hidden away in unknown pockets of the world.

Being a big fan of old school Blueberry I searched for years for a legit cut, so I know the struggle. At just about the point of giving up trying any more, to my amazement, I was gifted an original Blueberry f2 -stock from before her rise to fame- which is beyond what I thought I’d ever find, and though it has to remain with me, I decided to put in some effort to release her progeny.

Now, there’s got to be a good reason for growers to hold cuts for 30 years… She’s an amazing flower, producing a blueberry terpene profile with no muffin or candy sweetness that is more common today. Last year I bred her to a very nice blueberry-heavy First Light, a 2018 release from Mr. Short, to kick off a hopefully many generations-long ‘Blueberry Remix Project’ breeding program, which seeks to re-circulate the old-school genetics by teasing out and genetically stabilizing a re-worked, hopefully improved, Pre-98. Of course, I’m aiming to have some fun making other IBL Blueberry crosses as well, but, ultimately, this is not a commercial breeding project, but instead is one that I’ve undertaken because I love the strain and want to make it accessible again for the community.

If anyone is interested, I’ve currently got a half dozen packs of f2’s of the Pre-98 x First Light that I’m happy to gift or trade away to good homes. The f1 mother is a stronger blueberry profile than both her Pre-98 and First Light parents, yields well, she tests high for a Blueberry strain at 16-18%, and she is done flowering in 7-8 weeks.

Two caveats: you’ve got to grow them, so no trading, stashing in the vault for years on end, or re-sale- they are too limited in production, coming from too rare of a parent, to sit in the fridge for years. Second, spread the love forward. If you find something you like, share it. Clone it, breed it, move it, shake it. 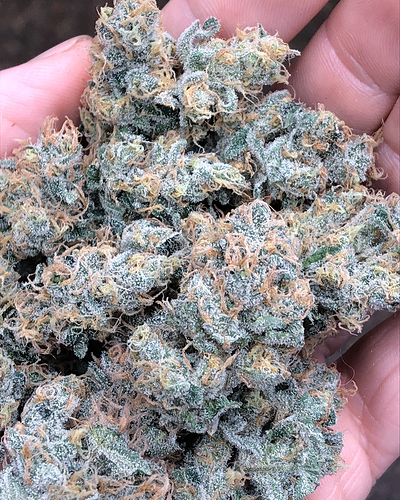 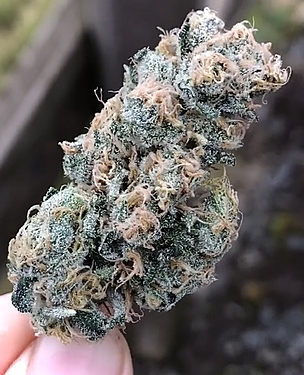 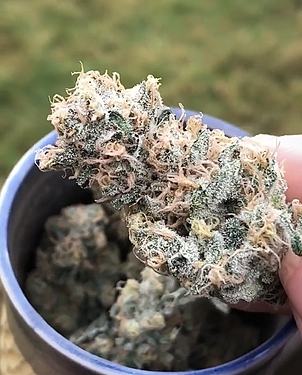 Anyway! I hope there are some Blueberry aficionados on this board, haha. I guess we’ll find out! Cheers, FFT!

One of the most stable genetics that has ever been bred! Also happens to be one of my all time favorites. Let me know what you would like to trade, and I am happy to put my name on the list.

I would love to give them a run, i love thw olger genetics

Yea id definitely be into trying these…

I would love to try these also

Packs reserved for both of you. Trades are optional, and up to you. Don’t feel obligated at all, I was just tossing it out there.

I would be stoked to try some of these!

You can take a pack and gift the others or save them for your next round, I suppose.

Alright. That’s the giveaway! If everyone who posted could get at me in the DM’s we can figure out the details! Thanks everyone! Ya’ll are rad!

Put me down! i would love to grow this beauty and share the love

I aways pass it forward. Or keep in in house and not pass of so desired.

Have I missed out is the giveaway over?

@EscalatedExtractor @Area51 Can’t leave the homies hanging. HMU. This cross is gone, but I’ve got some consolation packs if you’re interested.

Yessir! I hear the Pre-98 has been active in other crosses over the years, so the rights are open. The clone unfortunately is under wraps. Feel free to do as you please if you find something you like in there.

Nice!! If you still have any available im def interested.
I recently bought limited 5 breeder packs mid 90s from
Dj short on seedsherenow in hopes of finding a good blueberry. Alot didnt germ and the ones that did are nothing i remember it.