Referring to Employees as Wooks?

Is referring to employees as Wooks a respected title? Please, help me understand the term.

My search on the subject makes it seem negative.

Google Feature Snippet
Wook (noun): An especially codependent mooch or someone so intoxicated that they require the assistance of others to ensure their own survival .

You take the bad with the good. They are gentle kind folk, but they need guidance. Today’s economy doesn’t have room for wooks that only know how to do one task. Wooks could be future managers and business owners someday, if they just work a little harder

You probably don’t want to refer to your employees as wooks if you’re a legitimate employer.

But if you’re the type of employer that lets your wooks smoke joints and dabs on the job, then I’m sure you’ll be fine!

The way I see it is, we have traditional market and legal market….wooks and lab techs.

Edit: quick example;
“Yo I have a side gig going need a wook or two, you down?”
Vs
“There’s a job posting on future4200 for a lab tech position, you should check it out.” 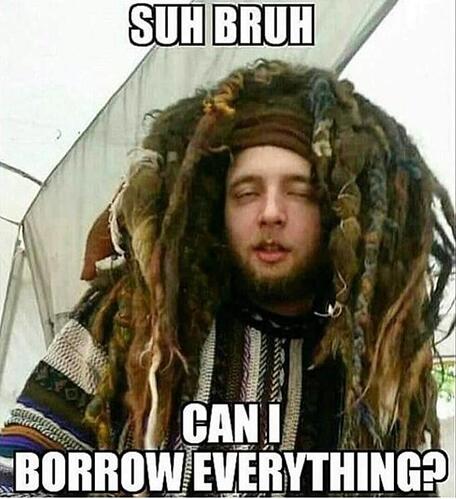 Lol that’s comedy, needed this to steer away from that other fucked up post I read earlier.

Wooks (if legit OG) from the west coast landing in Wisconsin…they are Lord Wook.

Wooks may be a dime a dozen here in Oregon, but they’ll be pack leaders during times nobody else knows what to do in most other states.

Y’all might have employee issues sometimes, some more often than others. But every (good) trimmer above 2lbs a day stem trim has been a Wook even here.

At the very least capitalize Wook if endearing (loving), and lowercase if meant as derogatory (if they leave a lighter in their pocket during their time in the extraction booth).

I also firmly believe a good Wook doesn’t have to have dreads. Fight me.

My right hand man is my employee/helper. Temp helpers are wooks🤷‍♂️

It’s like saying retarded … it’s all about the context. Still probably not the best term in a professional environment.

You know I always wonder about these things too.

Employees is fucking derogatory too depending on where you are. What about minions? Wooks? Team Members? Techs? Teks? Hobbits? Gnomes, is our most recent dance theme. -shrug-

In my shop we appreciate Wookiee culture (I’m not sure about urban dictionary, I’m still looking at Wookiees from the worlds of George Lucas, which have some very similar stereotypes regarding love, slavery, violence, and what not…). People who know where the bodies are. Know where to get the best shrooms. And might also not come to work because they were still too high an hour ago. They do love festivals and things and would probably stand with you in a fight.

I had always been a Wook fan - and then I saw its usage here (which seemed to talk about me and the people on my team in different strokes).

I 100% have had people on my teams that met both definitions that you provided here. But those were never the reasons to hand them blasters, ask them if they were interested in violence, or call out to them in long howls.

On the professional note - if you are working in a corporate culture structure calling people anything can be considered a microaggression and lead to a toxic work environment. So if you are calling “employees” anything - be mindful of how its being taken.

Just like being called “the boss” is really people referring to leaders as those dicks who think they know stuff. Calling employees anything besides their TITLE or NAME could be used in a derogatory manner.

When was the last time you liked being called “a resource” or “an employee”?

Its all about the culture that you create for your team. Finding people that are aligned with that culture. And making sure if people don’t align, getting them off the team as quickly as possible.

Even if that culture is a Wookiee culture. Or if that is a “wook” culture.

Hey thanks for the response everyone. It has helped me understand the term better!

Me too. I thought wook was just an employee in this industry

. Thanks for the better understanding.

Back in my day, we had “Spunions”.

All the wooks I’ve ever encountered lived on the hill. They usually planted/watered/trimmed. Very similar in many ways to WWOOFers. Many of them started out as pretty clean cut college (dropout) kids, but just as many ended up dirty, dreaded, yerba drinkers.
By choice.
Another common theme, most of them referred to themselves and eachother as wooks most of the time. Commonly called “trimmigrants” and very often DeadHeads.

I think trimmigrants has evolved into literal immigrants who trim. No longer is the kid from huntington beach considered a trimmigrant. Most of the wooks are extinct in humboldt. Migrated elsewhere to find wook jobs. Now there’s a lot of displaced wooks in downtown eureka who didnt get the memo that the cannabis industry has failed and there’s no work. One might find correlation between the collapse of the industry and the influx of wooks that have graduated to smoking meth and sleeping in a tent on the sidewalk in downtown Los Angeles

It’s almost as if keeping weed illegal is good for the lower-middle income citizens and legalization is only beneficial to the upper class portion.

I believe it. Although my experiences were primarily in S. Oregon, Ashland has a similar vibe right now. You’d think the word would spread to the Midwest that wooks are no longer needed en masse…

I think the big takeaway for me is being employed in cannabis doesn’t make you Wook, and that, although the definition on the internet is negative, actual Wooks (for the most part) are great people.

Examination of our log book will show I signed in to “Wook” for the majority of the last six months.

Except when I signed in under the excuse “bad gas”

I’m not actually qualified as a wook, but I love them, respect them, and work alongside them with pride.

They are the heart and soul of this industry.

Most especially our resident WeeWook. He’s probably, quite literally, the best.