He’s not wrong 99% of the live resin carts on the market are really just disty with hte added.

Yeah but the term is and oximoron 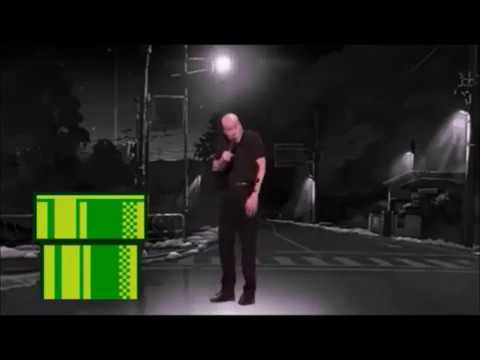 If anyone is rethinking this one…

Its the industry thats going down the tubes

@Slabby if the naturally derived thc disty they use tests above 90% how is it different from decarbed diamonds? They usually suffer some degradation as well resulting in something that is usually 99% cannabinoids, but working it’s way down towards 90% THC.

Everything beyond that is in the mother liquor.

If there is no difference then why lie and say it’s live resin. I think we already both know the answer.
Because live resin is better and desirable compared to disty.

You’re missing my point, which is that it is not a lie. A molecule is a molecule, regardless of where it comes from. As such, the HTE is the only thing that makes live resin be live resin because it’s the only portion of the recipe that cannot be acquired from any other source.

I’d also stand to argue that though we aren’t keeping the distillate but instead the retentate, decarboxylation is a distillation process involving the use of a ‘still’ in any form. Which is ultimately irrelevant since both end products when making carts will be decarboxylated thca(redundant) and an HTE portion that will needed to be added back later.

It’s also not comparable to selling batter as hash rosin, those two products will contain wildly different profiles and likely wax contents, but on that note if I take the sauce from a rosin jar and mix it with isolated thca, or even high purity thc(socially accepted differentiation) for the rosin cart boys, I have a rosin cart that is actually of a higher quality than the wax laden thca that came with the rosin.

Do I even need to get into how the molecule THC isn’t the molecule jwh018? I’m definitely not trying to posit a similar high. I’m literally discussing identical natural compounds acquired through different purification processes, nothing to do with synthesis at all.

I figured this was the reply I was going to get. Ok a molecule is a molecule. Might as well use converted d9. Where’s the line drawn.

If there’s no difference then why not tell people it’s distillate with live resin terps and see how that goes.

You can rationalize it all day however you want. Doesn’t change the fact that people are putting lipstick on a pig and calling it live resin.

Show me exo-thcs in naturally derived d9, either from crystallized thca or from distilled thc.

I’m good. We can go in circles all day.

Do you have any actual leg to stand on or just going to disagree to discuss it since your argument isn’t holding up?

I could tell people I fill their carts with trash and they literally wouldn’t care as long as it tastes good and looks pretty. I mean, I personally use decarbed isolate because I’m avidly against distillation as a purification technique for cannabinoids, but that doesn’t change science.

But we weren’t discussing consumer impression we were discussing if it’s a lie. I still stand by it not being a lie and eagerly await some evidence to the contrary I can’t refute.

Yes.
My stance is it’s shady to sell something mislabeled. Too many people are pushing bunk disty that is otherwise unsellable in carts with live resin terps calling them live resin carts but conveniently leaving out the distillate part.

I’ve had multiple people come up to me and ask “hey can you hit this and tell me if it’s live resin or distillate?” It makes a difference and you’re tripping if you think consumers don’t care.

Literally the only ppl that would defend this are slanging disty with live terps so I have to assume you are? Is that why you feel so strongly about your view?
I still like you. Just think it’s shady. Like the people that needed to use thickeners and they ruined that game.

When I used to get a clogged cart, I just used a bic lighter and passed the flame around cart. Never keeping flame in one spot to prevent hot spots. Idk that seemed to work. But shit, I haven’t had a clogged cart in a couple years……maybe cause I make my own now.

They care if it tastes good and assume if it doesn’t it must not be live. My stance is its not mislabeled and you’ve yet to say anything convincing as to why it would be considered as such.

Now you’re posing a different scenario involving low grade distillate(no reference to if it had hte or its quality, or terps or their source) and comparing it to high grade isolate being combined with hte only.

So how does your scenario hold up when they’re equally crap? Got some fatty isolate from a poor extraction and you decarb it and end up with a thc that only tests at 70-80%, and let’s leave out the vague sauce/terp differences, and then you’ve got some distillate that also tests at 70-80%. You think the decarbed fatty isolate is going to better or worse than the similar purity distillate?

You keep trying to change the scenario to fit your argument, I posed a pretty fair scenario you aren’t willing to discuss fully.

I even agreed that anything other than HTE derived from a fresh frozen extraction would be what makes it a lie, and that people are clearly lying, just not the same people you feel are.

Also, I don’t buy anything concentrate related and I’ve already mentioned I don’t believe distillation has a place in the purification of cannabinoids. So, contrary to your belief that only disty slingers and cart makers would make this argument… people who care about misinformation also want to get the science correct.

Also what game did the thickeners ruin? The cut game? Good. I hated working with companies that wouldn’t even do inhalation studies but thought to sell that shit to everyone everywhere on the basis other companies were selling it as a product(Hempcut or Honeycut or whatever comes to mind) and because, “It’s safe enough topically and orally.” That’s literally a quote I received from one such company I worked with when all that shit was happening.

Also what game did the thickeners ruin? The cut game? Good.

The distillate game. The same reason why you won’t tell people it’s actually distillate with live resin terps put in. Because nobody wants disty anymore.

Do what you gotta do to move your disty. Just know there is people out here that view this as shady. And I know I’m not alone