Hey guys first post here so bear with me!

We have been running into some issues recently at our facility. Fast crashing straight out the spout, nucleation’s not dissolving post cryo, solvent tanks ‘breathing’ when being vented, re-dissolves chalking up before full saturation? (correct me if i’m wrong there-before the material and solvent are a homogenous mix). What I want to bring up here though is our diamonds degrading? into chalk post separation from its mother liquor.

Really really confused and wanted to see if anyone has run into this before or anything similar.

We run with instrument grade n-tane and push with industrial grade n2.

Very weird stuff going on honestly never seen this happen before with all of the diamonds I have seen. The diamonds look normal in the masons and post separation. The change has occurred at different intervals ranging from a weekend to weeks.

This guy happened within a weekend. Busted him out on a friday came back the next monday to his chalky brethren. 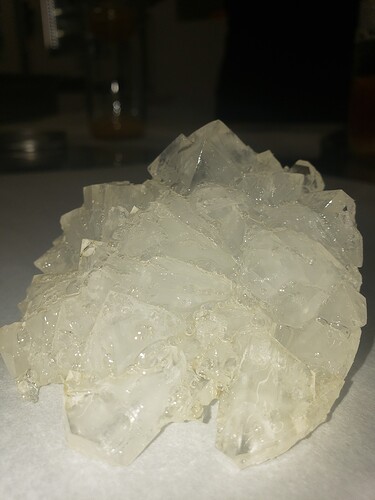 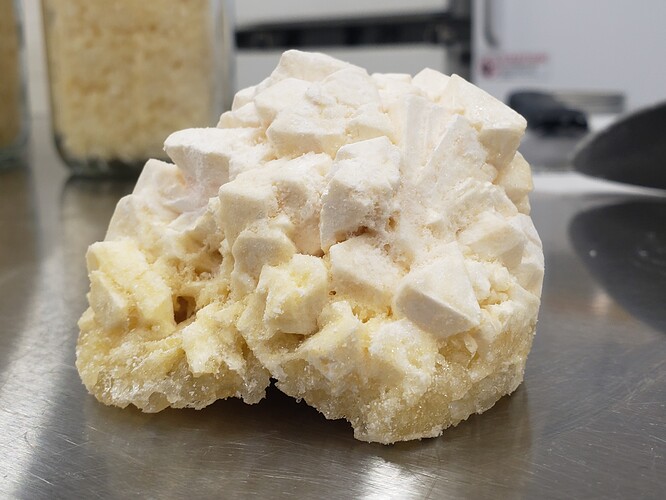 This one I do not have an original photo of but was left for 2 weeks with no changes then this week it all changed. 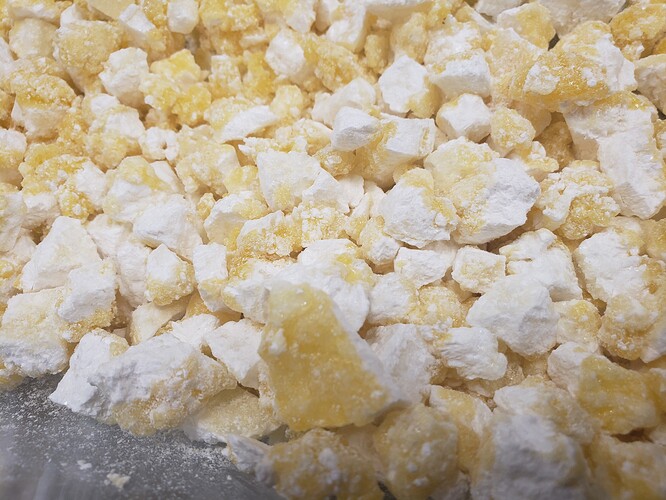 Then this guy has been in a mason for about a month now and only recently has he started to change; very slow as well compared to the other two. 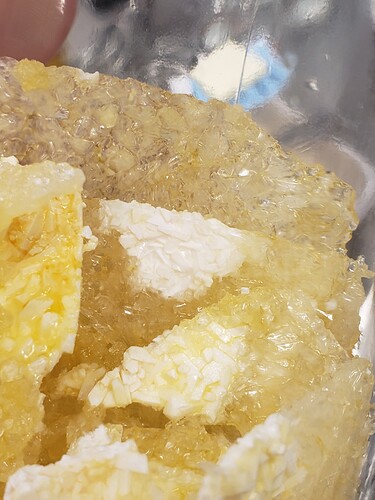 All three are different strains from different growers all processed 2-4 weeks apart from each other.

As well as when we attempt to re-dissolve old material with freshly distilled butane the concentrate will turn into the chalky thca while re-dissolving. I do not have a good picture of that just a screenshot from an IG story. 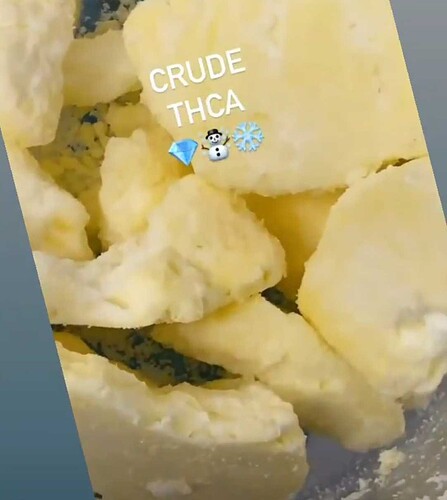 Wtf never heard of this one

Is this for real? Or should it be in italics lol…

Yeah same is that real?

Ignorance speaking here, could there be residial thca dissolved in solvent still present? After seperation its leaving sugar on your larger facets after evaporation?

I definitely have experienced sugar being left on facets after separation. The residual THCa in the terpenes that are left on the diamonds sugars with the remaining solvent evaporation. But I have never experienced the entire facet/all of the facets turning into a sugary/salty/chalky consistency like this. Like something has eaten/degraded the facets all the way through at an accelerated rate

No, i was joking.

eh, like i said, it was out of ignorance. I haven’t any experience with THCA beyond consumption. My lab experience is on the boring side of the industry

To much powders? How much did Yuku use

@MagisterChemist
@Kingofthekush420
Maybe if it was solventless, but rosin wishes it could grow this big lol.

Barely. Enough where the oil does not look ‘CRC’d.’ Mother liquor is orange.
@StoneD

@DrWHY420
None for weeks. Then starts turning opaque afterwards.

How powders in grams

1-5% of the starting biomass