And a good day to you sir! Ahem welcome back @squig

Nice to meet you Squig

Happy to see you back and doing well @squig!

there are quite a few new journals on rutracker thanks to the hyperlab crew.

I am downloading 4 pharmacy journals at the moment.

also if I do get things wrong please let me know.

I am not working in this industry and there will be times when I miss understand something.

my money is on the complex as FeCl3 does.

there both lewis acids so I am sure the same effect to different degrees would happen.

the more I think about it the colloidal idea is not possible as Al is so reactive.

Speaking of Lewis acids I was curious as to what the changing of solvents would do to my delta 8 reactions. I found that P-toluensfonic acid/cbd refluxed in Hexane for a short period of time seemed to produce a notable amount of CBC to the tune of 17%.
I’ve wondered if it was the lower heat and shorter time frame that did this or purely the different solvent but I had no one to ask, but then Just like that SQUIG IS BACK!
Happy to have you back buddy!

still there is a market to be had here big time.

there could be heaps that I just don’t know about)

available as well as really CBD needs to be in higher doses if oral.

it comes to these kinds of things.

into toluene and sulfuric acid.

and an equalibrium is formed.

breaking the molecule after it has formed delta 8.

formed so it has isomerized past delta 9 too delta 8.

to toluene and sulfuric acid.

is it possible to make CBC from delta 8 with sulfuric acid ?

anyway there is no way I can be sure of this.

This page contains tables of azeotrope data for various binary and ternary mixtures of solvents. The data include the composition of a mixture by weight (in binary azeotropes, when only one fraction is given, it is the fraction of the second component), the boiling point (b.p.) of a component, the boiling point of a mixture, and the specific gravity of the mixture. Boiling points are reported at a pressure of 760 mm Hg unless otherwise stated. Where the mixture separates into layers, values are ...

so the water is staying in the solution to react with the tosic acid.

I’m working on this reaction and coming across the same issues. I can get a light yellow oil out of my still with a silica scrub but it quickly turns to a translucent purple.

I’ll dump some literature around the topic that potentially explains what’s happening, hopefully bouncing some ideas around will help:

I found it interesting to note that if the CBD/THC is oxidized to cannabinoquinoids, the ketones that are formed would be reduced to alcohol groups in the presence of TiBA.

My organic chemistry is rusty, but I think the mechanism with the TiBA reaction starts with an electron transfer from the C=C double bond. This would produce a carbocation which is free to be attacked by the nucleophilic hydroxyl group, closing the ring. Someone please correct me if i’m wrong here though, like I said my organic chemistry is rusty.

I also noticed you mentioned refluxing TiBA during the reaction in a differnet post, but i’ve found literature suggesting it degrades to DIBAL in the presence of heat (>50-60C) through a beta-hydride elimination. Have you experienced this?

Ooo ^^ out of the woodworks with notes to share.

Sorry, the last question was directed at @Roguelab

The reaction profile of the Beam test was basicallyreplicated, without any substantial improvement of yield, bymetal oxidants [FeCl3,K3[Fe(CN)6], MnO2,Cr6±basedreagents, CuCl, CuCl2,Ag2O, NH4Ce(NO3)5] under bothcatalytic and stoichiometric conditions, as well as by peroxide

so if we see the salts they are using a lot of the are lewis acids.

giving a positive for a beams test.

metal is whats doing it I think.

lewis acids are electron acceptors as are oxidating agents.

sorry that should have been benzoquinone not hydroquinone.

I recently ran hexane ptsa with zero reflux quenched at peak exothermic…washed, neutralized and distilled.
Clear with slight yellow/golden hues.
In house hplc showed 82% D8 17%D9 balance <1% cbd.
Planning on sending to kca as with an additional toluene rxn (zero reflux) once I distill it.

@squig we don’t know each other, but I’ve read lots and lots of your studies. Grateful for you brother.
Glad to see you back.

To reflux or not to reflux…will reflux help with better d9 to d8 conversion? The times I refluxed I didn’t see much change maybe a little more D8. I never had an abundance of cbc. I’m interested how this came about @JedClampet

now defend your self.

I have had enough either this stops or I do.

I do not ask for help or for business here.

better for us all.

I am not attacking you so I shall leave it to the powers to be.

I can not edit any more today so I shall put it in a new post.

steve we must come to terms with each other.

I think your a cop.

you wish to hurt people from the vespiary and the hive

and I am not sure how to come to terms with this.

disgusting and I still have no idea why.

what is your point ?

I am comp sci dick head.

why do you bother.

happy to admit when I am wrong and learn.

what the fuck are you mate ?

for referring to public posts of yours? i don’t think so 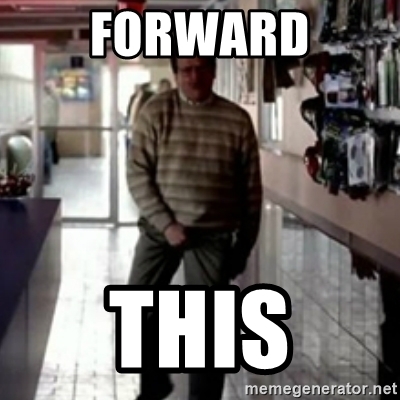 being an actual snitch probably doesn’t add to your credibility here, even if it’s about something where you already snitched on yourself

I think your a cop.