Does anyone know how to achieve a full separation of terpenes from THCa after crystallization?

I am cryo extracting with Butane, dewaxing in -20 column and then filtering through CRC and 1 micron sintered disk before collecting. Fast crash in pyrex at 70F in oven for a few days until crystallization stops. I pour off the terp layer into jars and let it continue to crash out but can not get it to stop sugaring up.

Is there a mechanical separation that can be done after the initial crash out to fully separate the terpenes from the THCa?

I would like to have a dry isolate that I can re-crystalize in pentane for diamonds and reserve the terps to be mixed in later after purging?

Try centrifuge tubes with filters in them. I run them in 50ml tubes at about 40°C and 4800 relative g’s in a swinging bucket rig. Works well, but the crystals still have a notable aroma to them. Re-crystallization in pentane works quite well.

Can a centrifuge really handle volume though? 30-50 lbs day? Here is a pic of the dry isolate and and terps a consultant was able to give back to me after giving them my inital crash out. The terps are there and still smell great. I’m told they used mechanical seperation and a roto. Re crystalization in pentane works for me but I need to be able to fully seperate out my terps in bulk. 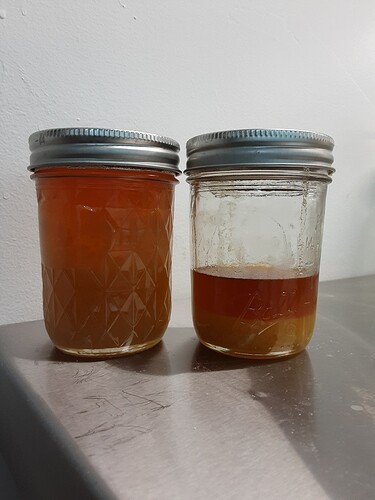 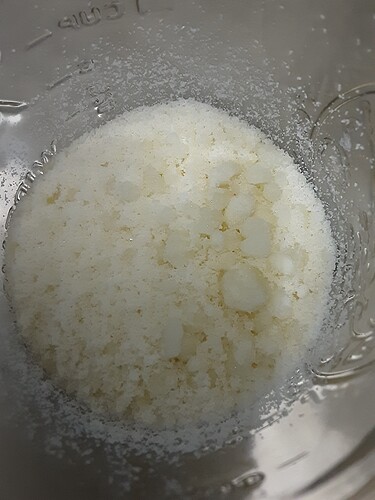 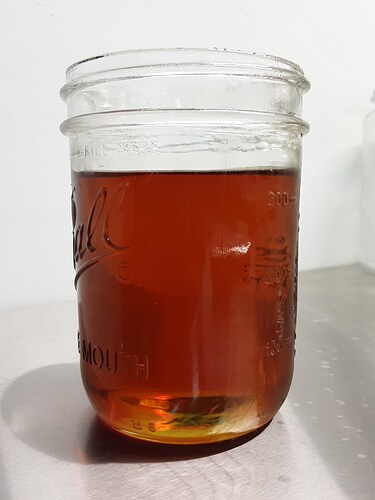 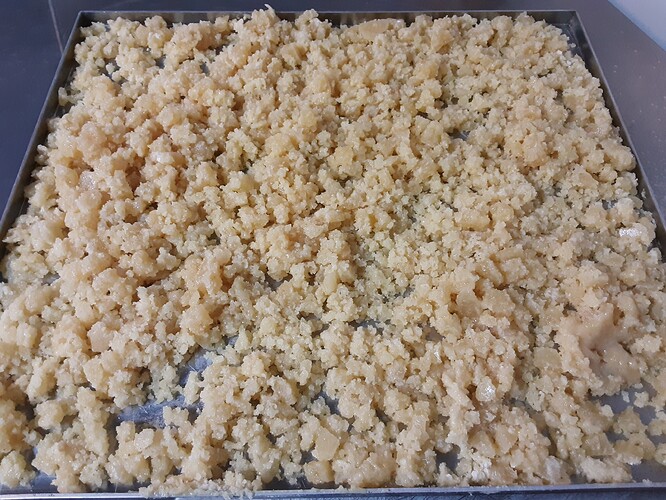 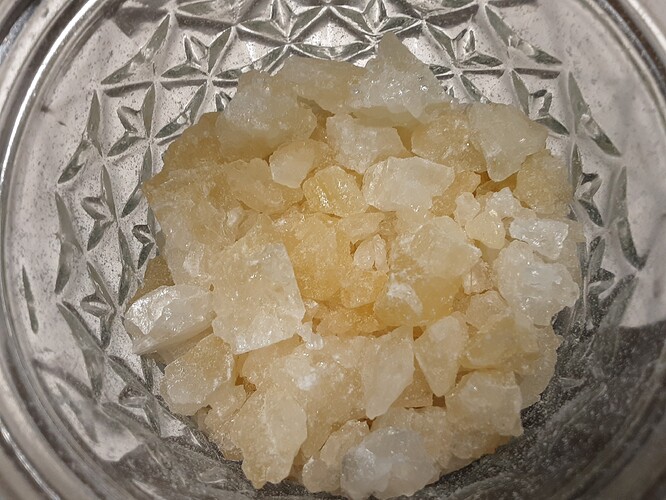 not sure why you made a new thread when that other one was just started today.

but here it is again.

Is there a way to isolate terpene

My centrifuge is rated at 600g per swing bucket and has 4 buckets. After taking account for jar weight i can do 450g per bucket. Times that by 4 and you got 1600g per run or 3.5lbs per run.

Your idea of serious volume is of no concern if you buy a decent fuge. I paid less than 500 for mine and its a refrigerated fisher scientific and in perfect shape.

Thanks @thesk8nmidget I’ll have to give it a whirl!

If you really wanted…you could operate four of them continuously, 180 g total in each, few hours per run, boom 5+ lbs a day done

or just buy one properly sized fuge for less than the cost of 4 china units and do it in one run.

Is a refrigerated fuge ideal? My concern is that thickening the terps to much when cold will hinder the separation and its ability to full separate out.

Its a nice feature to have and required imo if you plan to do any long spins as the process creates heat. You can get creative and chill opposing buckets with ice or whatever cold thing you want to use and keep the inside cold but you lose a bucket to use for product this way.

also the refrigerated option give you the ability to do other little tricks that wouldnt be possible with a standard fuge.

Indeed there was no need for the thread

@trust_level_4 can we archive this one so the other thread can continue if this conversation continues or others search it. (Kinda ahead of spam ya know?)

also the refrigerated option give you the ability to do other little tricks that wouldnt be possible with a standard fuge.

The refrigerated table top unit I used for proof of concept (seriously? You DON’T think this will work?!?) is happy enough to “chill” to 40C.

…but @Waxplug1 has found refrigeration to get in his way with the older Beckman’s I believe.

…or others search it

Imo that means twice the chance of hitting the answer if there are two threads. They’re cross connected and easy enough to get between.

If I’d seen any evidence that noobs came in the door with great search query skills, I’d be more than willing to comply.

OP knew the term mechanical separation and still didn’t get to “spin it bitch!”

Edit: actually looks like OP did find “use a fuge”, they just haven’t wrapped their head around the concept that I’m sitting in one…

Since determining that the separation of THCA from HTE is not achieved through a fuge and doing so at volume (30-50lb / day) I am left wondering if a polar / non polar solvent separation might be a logical approach? My first thought is methanol as a polar solvent and / pentane a non polar alkane. Thinking that by using a sep funnel and then roto I might be able to get somewhere. Can anyone point me in the right direction here or am I barking up the wrong tree?

I’m exploring using HPLC to separate the THCA and HTE using fractioning. Has anyone here done this and if so what stationary phase material are you using? C18? And does the solvent used mobile phase solvent matter that much? I’m thinking methanol would be best

Just saying I wouldn’t wanna add solvents to separate. If yiur getting a good crystallization it shouldn’t be hard

Extract colder and the terps will move better