A place to dump published literature relating to Covid.

Since all of the mainstream social media platforms are actively surpressing any and all discourse about anything that supports alternatives to the vaccines, I felt we needed a place to highlight and dump that data.

Please provide a link to the study and a quick summary, screenshots of the important bits encouraged.

Any bickering or poor behavior will be moved to the C19 echo chamber. 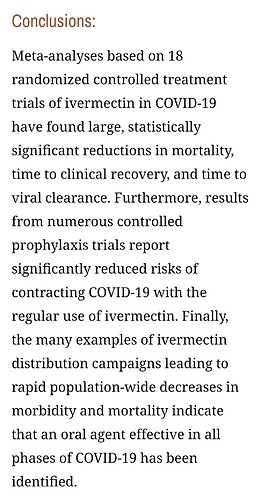 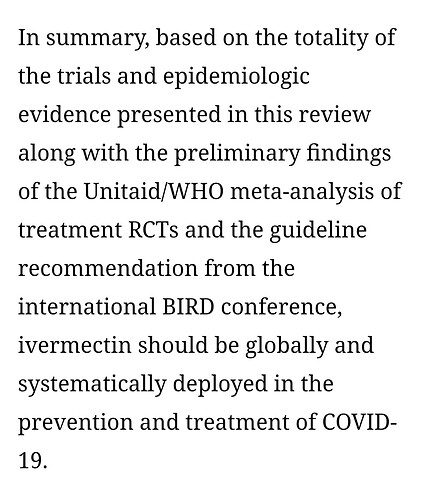 Review of the Emerging Evidence Demonstrating the Efficacy of Ivermectin in...

A meta analysis of 18 randomized control trials finds ivermectin, a proven safe drug (on the WHO list of essential drugs) overwhelming effective at both treating and preventing Covid. Oh, and it’s dirt fucking cheap too.

c19study.com indexes all studies of HCQ with covid19

edit: they added ivermectin and others. I think this is the bulk of what you are looking for @Future

I’ll start with this gem saying that the spike protein from the mRNA vaccine is damaging to lung tissues. 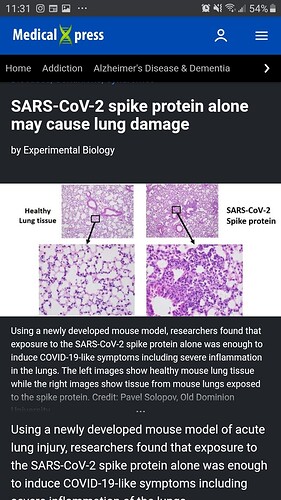 Have the pub on my desktop as well as a ton other, just out of state currently, will update when I’m home.

Curious if by that logic the spike protein would be found in much higher quantities from the virus itself compared to a vaccine?

From most reports mortality and intense symptoms are significantly reduced with vaccination? COVID-19 Evidence | Here Is The Evidence

There is ample evidence that tumeric and quercetin are great together with zinc and vitamin d, because they are ionophores that allow zinc to penetrate into the cell membrane and thus hindering covid from getting into the cells. 80% of people with adverse effects from covid were vitamin d deficient.

I’ll see if i can dig up a study or two.

Can food and food supplements be deployed in the fight against the COVID 19...

Due to lack of approved drugs and vaccines, the medical world has resorted to older drugs, produced for viral infections and other diseases, as a remedy to combat COVID-19. The accumulating evidence from in vitro and in vivo studies for SARS-CoV and... 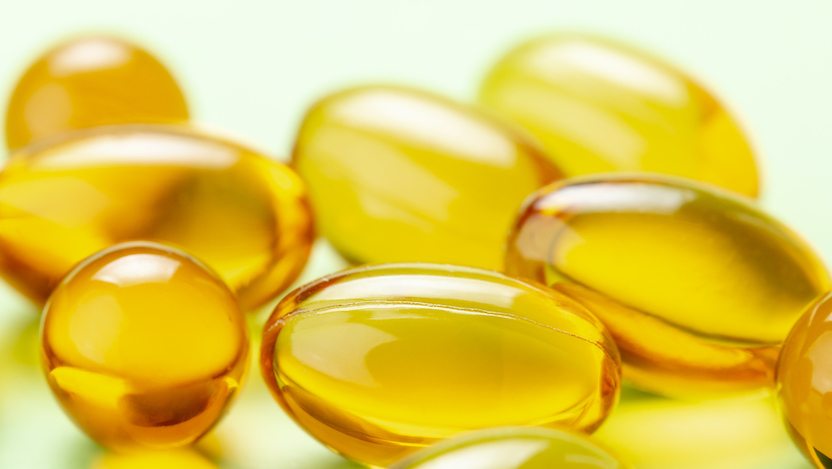 In a retrospective study of individuals tested for COVID-19, vitamin D levels above those traditionally considered sufficient were associated with a lower risk of COVID-19.

Good thing that the mRNA vaccine is injected into the arm and not the lungs. The cells within your arm temporarily make the spike protein and it stays in those cells, it’s not released throughout the body.

A meta-analysis is only as good as the studies that it is drawing the data from. They don’t even describe their methods for an unbiased search for all controlled trials regarding the use of Ivermectin. For all we know, they hand-selected only the studies that found a positive effect for Ivermectin and ignored other studies to the contrary. If you do that, of course your meta-analysis will find a strong effect. Also, the studies they included for their analysis aren’t from regions known for exceptional medical research, the studies were conducted in Bangladesh, Iraq, Brazil, Egypt, Argentina. That fact doesn’t itself invalidate their work, but I would take it with a grain of salt until more data is available. 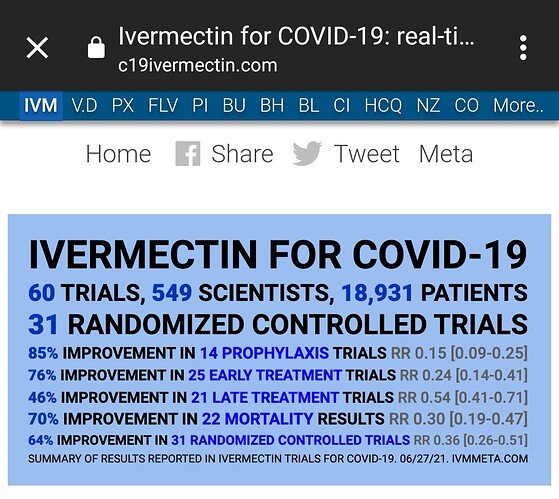 I’m sure all those were bunk too?

Good thing that the mRNA vaccine is injected into the arm and not the lungs. The cells within your arm temporarily make the spike protein and it stays in those cells, it’s not released throughout the body.

"The mRNA — or messenger RNA — is what tells the body to manufacture the spike protein. The lipid nanoparticles are like the “boxes” the mRNA is shipped in, according to Malone. “If you find lipid nanoparticles in an organ or tissue, that tells you the drug got to that location,” Malone explained.

According to the data in the Japanese study, lipid nanoparticles were found in the whole blood circulating throughout the body within four hours, and then settled in large concentrations in the ovaries, bone marrow and lymph nodes."

On the “Dark Horse Podcast,” Dr. Robert Malone, creator of mRNA vaccine technology, said the COVID vaccine lipid nanoparticles — which tell the body to produce the spike protein — leave the injection site and accumulate in organs and tissues.

I will say this, I understand the psychological reasoning behind people who got the vacks not wanting to believe they let someone squirt mystery goop into their body.

Can anyone read Japanese? Whenever I tried to translate that on mobile, a bunch of spamware and bloatware tried to install on my system (which isn’t a super good sign of a credible source).

Can someone please explain the mechanism of how this “rogue spike protein” causes MORE issues and mutations than getting this virus on its own? I’m no virologist, but none of the articles or sources posted by you folks are making any sense. If we’re just encountering less of the virus, and less of its problematic parts; I don’t see how were increasing risk. All of the same risks of “autoimmune” problems, and “deadly side effects” should be (and definitely seems to be) present in the millions of people affected by the virus.

A “big coverup” that I can’t seem to read, and verified by a single source that’s also linked to bloatware… Seems super suspect.

Also… Nobody seems to be denying ivermectin’s usefulness. It’s being studied for safety and efficacy on small scale and many different countries are now using it as part of a treatment plan. They’re just not going balls to the wall with it until they’ve studied it properly. From everything I’ve read, we’ve got small sample sizes on ivermectin, and it’s not being used on larger scale. No evidence of a “cover up” there. However after the hydroxychloroquine debacle, it seems like the scientific community is making sure something actually works before recommending it.

The PDF works perfectly fine for me. The data is in English a ways down.

Can you just take a screenshot of the data and interpretation proving your point in humans? I’m not seeing it.

I would but I really don’t care that much. Plus, I have other stuff to be doing, tossing a couple links while I’m making tags is easy, lol.

I’m pretty good at reading journals and data sets. I’m also not super confident on what I’m seeing here though.

There’s a bit of an onus on you with some burden of proof here? You care enough to post it, but not enough to explain it?

You’re 100% confident on the findings in that study? Shouldn’t take more than 2 minutes for you to quickly summarize that data. Or even just copy paste and translate the synopsis. Like I said, I can’t on mobile, I’ll try later when I’m back at my laptop… But a study that gives me a link to spamware when I try and engage it… Seems SUPER suspect.

I’d appreciate your expertise if you have a few minutes later in the day.

There’s a bit of an onus on you with some burden of proof here? You care enough to post it, but not enough to explain it?

Yeah I’m not a vaccine developer, so I wouldn’t want to speak on things excruciatingly beyond my level of understanding. I will however take what the dude who developed the technology says with a lot of reverence.

Maybe just listen to the podcast.