If you want CBG go to OregonCBD

They have the only viable CBG seed on the market. They’re the original breeder of CBG; anyone selling CBG seeds other than OregonCBD either stole their genetics and you’re going to get f’d seeds, or is a scam, and you just get f’d, or is re-selling their seed in violation of their agreement with OregonCBD.

OregonCBD CBG seeds are $1 each btw - so you just saved $4-5 per seed from @very.good.hemp scammer.

You might be right about Oregon CBD being the only Americans with stable CBG, but the Europeans have also been working on it and have 18% cbg strains.

Sensi Break aka CanapAroma has their pure CBG, which ironically tests at 4-7% cbg and 1-2% cbd, so more of 4:1 or something. 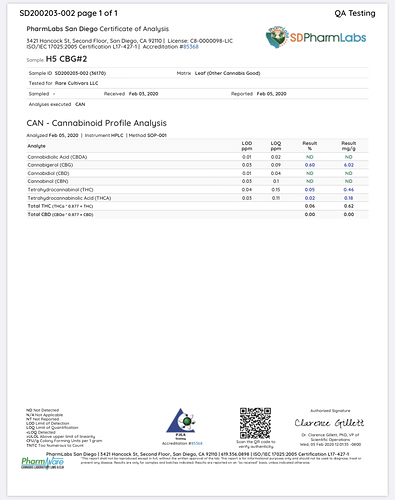 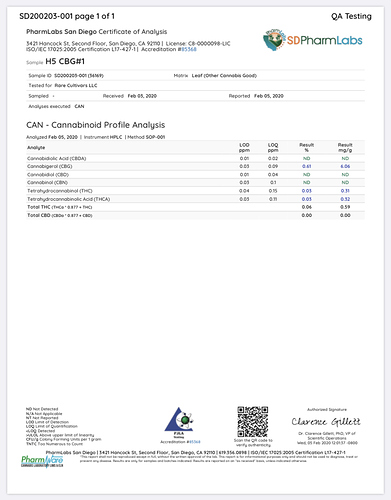 What’s the lineage on H5? The only CBG I have experience with is CanapAroma’s which is basically worked from Bernabeo, a Carmengola cross. It’s super stable, but grows like bamboo or fiber hemp.

Also, the highest we found was just under 8% cbg and 2% cbd.

It was created by CBD inc.

Scammer? Sounds slanderous to me Steve.

Its not slander if its true scammer boy.

Oregon CBD only sells seed during planting season. I was selling seed pre season with no propagation restrictions. Worth more to someone trying to make their own plants.

Do you know anyone personally that’s grown it out and tested it? Why would you risk buying any other CBG and getting screwed when OregonCBD is selling for $1/seed and they’re a known and trusted source?

Answer: you wouldn’t unless you were trying to make money slanging some completely unproven crap seed. IMO its all BS until you can test it yourself or know someone who you trust that did. So 3-4yrs from now, maybe you’ll know something real about that euro stuff.

You sound like a paid advertisement for Oregon CBD

What’s the name of your business Steve?

You sound like a paid advertisement for Oregon CBD

You sound like a bad used car salesman.
$5-6/seed for rando no name gentics?

Do you own a hemp business?

Dude, chill out. I just said I’ve grown out CanapAroma’s CBG. We’ve had it for over a year and have zero complaints, it’s a high CBG strain. If you don’t want to drop 1000 bucks on seed, then they’re a solid buy. Not everyone on here is a commercial hemp grower.

All I was saying was that OregonCBD wasn’t the only one working on high CBG varieties over the last few years. They were the first ones to release seed in the US market, but others were doing the exact same thing. Where did they get their starting material? No lineage was released on their seed. I wouldn’t be surprised if they looked to Europe to get it. Even @seth mentioned Santhica in another thread.

What are you getting at? Are you saying they are the only ones on Earth that could produce high CBG genetics? Cus Sam the Skunkman did it years ago.
Nobody’s slamming OregonCBD. In fact, there’s a lot of guys that ran their gear and killed it on this forum. No doubt they are the go to for CBG genetics, especially if your a commercial hemp
Farmer and just want to do what you do best, which is grow. It’s just now the cats out of the bag and they have competition. It’s up to the consumer to make educated choices and not get screwed.

Sorry if my point was not clear.

I get a headache from all the fake COA’s and fake bean sales geeks that populate the business, particularly at a time when farmers are still reeling from last year.

That’s all @SteveLabman does is slander even when you are clearly a verified slanger… @Future can you handle this guy @SteveLabman ? It seem from his history all he does is post slanderous negative postings it’s rediculous.

Are you a verified slander?