Decided to make a post on the matter since customer service was going nowhere,and further, Nate Boler wants to use instagram,and this issue Ive had with his product, TO BRAG AND HYPE about his FAULTY, DANGEROUS product. Unacceptable. This dude has no morals,so without further ado…

Bought a 4inch, 2 micron N Boler disk on october 10th. Received it that week and started putting to use. Worked flawlessly for 6 runs, and then came time to clean. Filled the backside 1" of the filter plate with iso (behind the sintered disk), put my 4’'lid on the back, and started pushing the iso thru the opposite way of the runs with nitro @40psi. Iso flowed out, as well as some DE that was clogging the sintered, followed by more clean nitro, followed by a LOUD POP/CRUNCH and a 3inch ORANGE/WHITE SPARK. The sintered disk had popped out, and is now reverse concavity of how it came.

VERY CONCERNING TO SAY THE LEAST.

I emailed nate explaining what had happened. He acknowledged what it was, and said THIS SHOULDNT EFFECT FILTRATION. LMAO.

I overnighted them their ignitor button back, refused a replacement, and DEMANDED a refund. They received my filter back on Wednesday, October 23rd. I haven’t heard back from them. Ive been out of work, due to the faulty part, as well as $800 plus overnight shipping, while they figure it out.

Called nate today, Monday, and he basically told me I am a LIAR and it was “something on my end” , it DIDNT SPARK, and that they will send me mine back or a factory replacement…

But they are also sending mine in for third party review…why? I thought it was ok?

Posting this for safety concerns, as there is a MAJOR FLAW in this product. Beware, if you’re using an nboler disk. Mine SPARKED. At 40psi. … the product is sketchy, and the customer service is the worst ive ever experienced with anything, ever!

The right way to handle this would have been to

I’m waiting to receive mine back so it can go into the bottom of my fish tank.

If you have an NBOLER disk, Id recommend throwing it away strictly out of safety concerns. Customer service isnt likely to do ANYTHING, as Im STILL WAITING for them to send me that garbage back, apparently. After Ive DEMANDED a refund, due to it breaking at 40psi…and being a giant safety concern…

I feel obligated to make this post after my eperience. Hopefuly this helps someone!

shoulda read this thread before you bought

Hello everyone, I am just now buying my color remediation column and was pricing out the buildout. Out of suggestions of a friend and many of people in this community, it was suggested that I try nboler. I was a little concerned at the price point, but was convinced to try them out. Within 24 hours, I found a full buildout for less the price of the two nboler filters. I sent him a polite email, telling him this and that I would like to cancel my order which I placed yesterday (Sunday). He sen…

Bro just use the suit 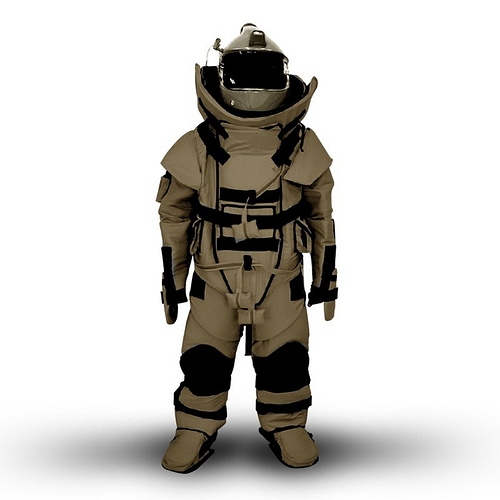 LMAO. QMA… Thanks for the gut busting laugh. I honestly needed that badly this morning!!

In all seriousness tho, I REALLY need to work this week and nate is sending that disk back… link to the suit??

Did you pay with a CC or paypal? Hopefully you paid with a CC and can take it up with them. They should issue you a refund. Post them pics so the masses can see. So much for buy American for the warranty on a quality part everyone is always bitching about. Me personally I wouldn’t trade @Killa12345 service even if he charged me the same for his China boof filters.

Every CRC filter comes with a blast suit absolutely free 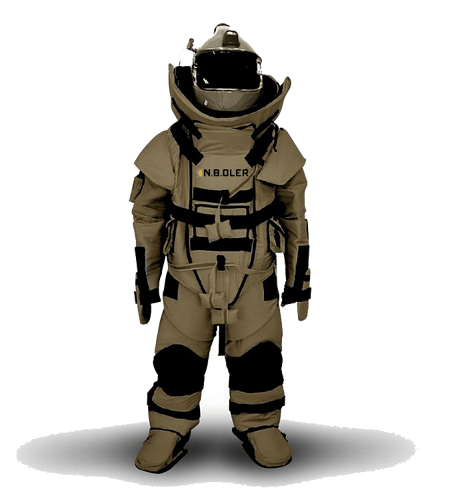 Paid with credit card, they’re my next call.

Killa is the MAN!!! Hes one of the first ones i reached out to on this matter and have had his support from day 1! Also placed my first order with him this weekend and it shipped out on a Sunday. PLUG. Wont be shopping elsewhere.

Stay Safe out there! Crazy world we in

On Hold with them right now trying to get a reversal. Hopefully that works out then Im just out about a week of work, and the overnight shipping. 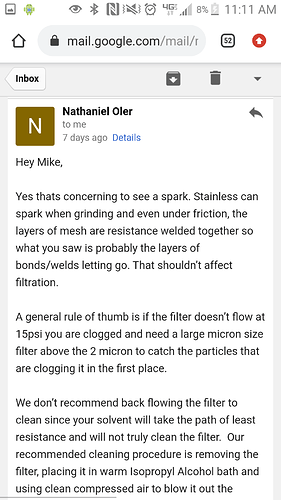 Straight from his mouth.

Cant wait to see what happens. I hope his bitch ass tries to call me back LOL

Well can’t argue with sparks hindering filtration but they will aid in combustion.

Thats the point… Dude still wants me to use it…

Its always wise to use a credit card when making online purchases. They offer some international protection as well as amazing domestic protection because its their money that the person is messing with. With a bank its your money and you get way less protection.

Also I believe that a merchant gets a fee by Visa or Mastercard if there is a charge back and if there are too many charge backs they lose the ability to have them as a payment processor.

So it is good because they do not play games, it gives you a little more protection because you have someone on your side

Im not saying this to be malicious with charge backs because if youre wrong they will give the merchant back your money no question but in that last thread you see NBOLER tried to bully the person out of hundreds of dollars as a restocking fee and nowhere on the site is there that term of purchase. He just made it up

I do think he makes good products I just thing he is lacking in customer service / a little bit of an ego. If I am paying 4x the price for something USA hand made then there should be a level of service/support that comes with this premium product. 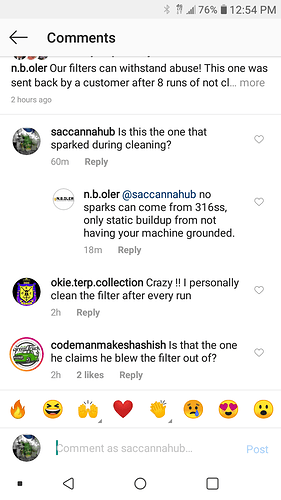 shouldnt had to come to this in the first place…what kinda mark up do you think is on his??? what do you really think that cost to make. I cant see it costing more than 100$ a filter plate.

hmm the same person saying it can and cant spark

Exactly and this is why its ego more than anything because home boy def can afford a 100$ hit. Shit any half way decent company can. Its part of the business but as you can see with this dude is that he is extremely stubborn and makes things up, the customer is wrong and he assumes negative intent.

Would you feel good if your 800$ top of the line filter popped at 40 psi after purchasing it based off this description? 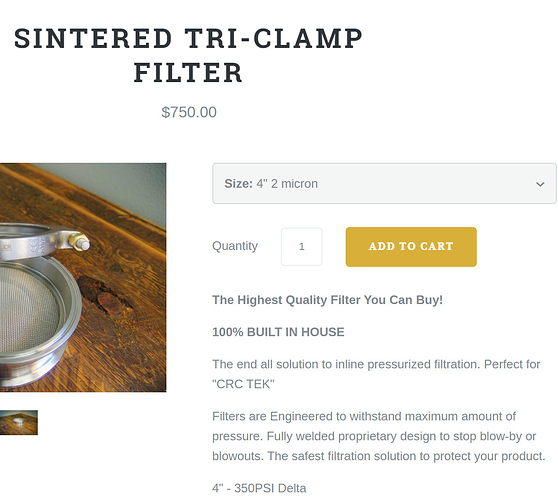 Exactly. He admitted it in the first email i sent him a week ago that it was his welds breaking and causing spark, but the phone call this morning he told me I am a liar, and I made it up.

I have the catalog of emails, me explaining to his worker, since he pawned me off on them after the explanation of what had happened, that this is a supposedly premium product. I certainly paid a premium ticket for it and that should come with premium customer service.
The product BROKE at 40psi.
It is rated to supposedly 350psi.
Not only did it break, but it SPARKED.

I refused an exchange, and demanded a refund. They got the disk back on WEDNESDAY of last week after I overnighted it Monday.

DIDNT HEAR FROM THEM THE REST OF THE WEEK SO I CALLED THEM THIS MORNING.

Now hes on instagram CHANGING THE STORY and BRAGGING about his equipment.

I tried to BEND IT BACK TO THE ORIGINAL SHAPE, with up to 180psi, with no luck.

He clearly lacks business ethics, customer service skills, as well as morality and integrity amongst his customers and the industry. AND his products SUCK, rep them all u want.