No joke just had someone ask me if slabs of distillate were worth 2k a LB (they had a “friend” try to sell it to them)
Is this what passes as “Good Shatter” these days?
Do people actually buy this stuff?
Is this why the market is so Trash?
Have people no shame?
Just sad… 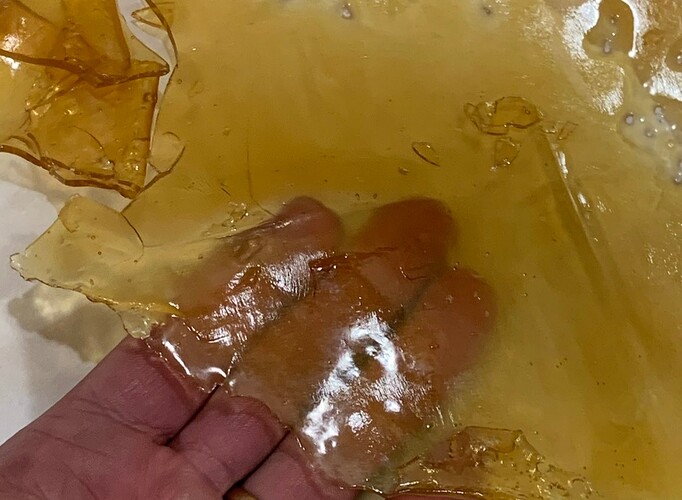 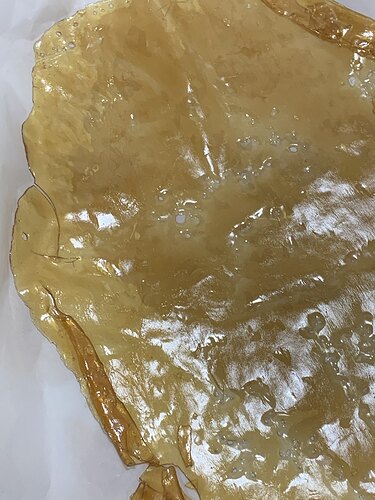 People have been going crazy with new “D8 Slab”

I’ve seen a ton of different things offered to me. 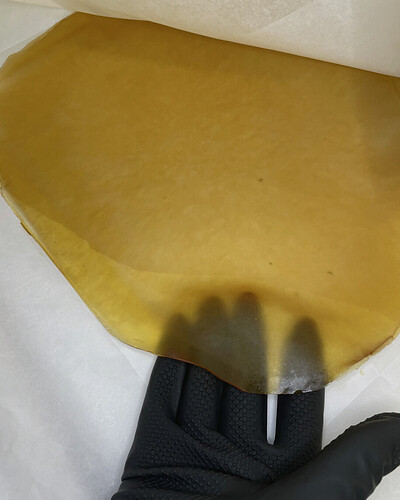 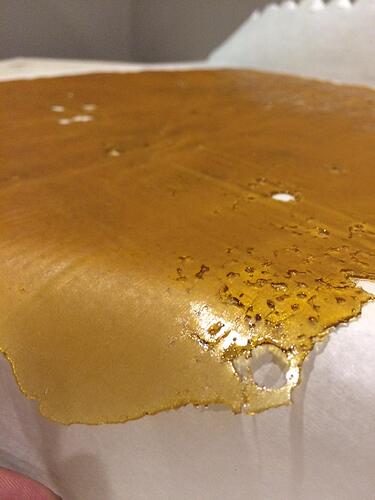 Bro, there’s fucking slangers here trying to slang that shit. It’s fucking bunk, and it’s some scam shit! D8 is not shatter! Fucking shatter is a high THCA extract, and if your shit anitn testing right, I aint buying it. Make sure you test EVERYTHING BEFORE money exchanges hands

or u trust the extractor , if u have that chance cough cough

test EVERYTHING BEFORE money exchanges hands

Yes Sir! If you know WHOM and WHAT, then you don’t have to worry about testing. But I would be very wary of buying of this shit going around. The batch of D8 I got a hold of really fucked me up bad.

I ordered an oz o some D8 that was listed as 97 percent, and was bright red. Other people that have had that batch tested at 3 different labs, and got 3 different results from 70% to 91%.
I took it and carted up a couple carts using various terps (canna derived). I smoked it, and just had a hard time breathing. When I did a dab, that’s what killed me. I broke out in a mad sweat, and just could NOT catch my breathe for over an hour, and I 've had issues since.
Trying to smoke ganja, and I can only smoke a bit at a time because of my lungs. I feel them getting better every day, but that shit was BAD. I took the time to narrow everything down, and ensure that that was the issue. When I brought it up to guy I bought it from he got all defensive and shit. I wasn’t even calling him out, I was being polite and honest.

It really needed to be dissovled in some heptane, or hexane, and then run the proper water washes on it. Then it would have been fine. It still had some acid or catalyst in it. About 6-10 washes would have done it, but I didn’t have the solvents to do it. I ended up just eating it, and the effects were fine, no problems. D8 and CBG works well to help me control chronic pain that have. That’s only reason I was using it. Not even to get stoned, more to just control the pain. Which is does amazingly well!

People here in Cali are cutting product with microcrystalline waxes to make what looks like fire crumble,

The crumble smells fire but half the weight of your dab stays in the nail if smoke it at a reasonable temp. Guess the THC guys took a note from the hemp guys and started cutting with “lipids” like they do with CBD.

Then there’s the $120 per gram shit that in reality is as good as what you can make with a can of butsne and a glass tube with good material.

MY market is saturated with garbage extracts cut with bullshit. It’s a far fry from 3 years ago when I could actually get decent extract for 30 a gram. Now it’s all fucking trash.

If you check out some of the D8 threads you’ll see the various colors that you’ll get from using the various solvents, and catalysts. It’s really informational on D8 itself, and how you should properly convert it. IT seems like alot of people are trying to fucking convert the crude, and put that shit out without distilling. I’ve come across 4 or 5 different people trying sell literal shit soup!

long term play for the chads to off themselvez

Or selling to wrong people that will do bad things to you just based on bunk shit! I don’t want to see it happen, but it very well might

Really? From a rec store?

I would expect rec oil to be overpriced and boofy, but yeah, doubt rec products have pine sap or paraffin wax lol

If you’re in my area anytime, check out CoCoFarms.

Bought boof oil at rec stores in the past. Probably stuff with pesticides too tbh. But no pine resin or paraffin wax.

I would shit lol.

I don’t know what else it could be in this crumble other than paraffin. Maybe neem oil, but it doesn’t burn and smell like fish, it burns and smells like someone put a torch to a candle. Black smoke when you burn off what’s left after your dab. I’ll send a video of the product being smoked.

Neem oil wouldn’t impart that consistency it would make it goop.

I flip out if I bought some shit from a store, and had some bunk shit happen. I would go in that store raise so much hell that they would happily put my money back in my pocket, and watch me walk out the door for the very last time!

Neem has an oniony smell, and would be goopy if they concentrated it